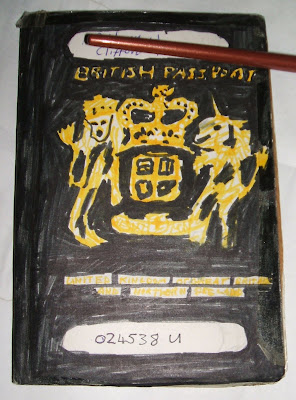 My youngest son, Wills, had a teddy bear named Harry; they were inseparable (maybe they still are). When he was very small, we travelled between England and France on a regular basis, and of course Harry was always an essential member of the party. 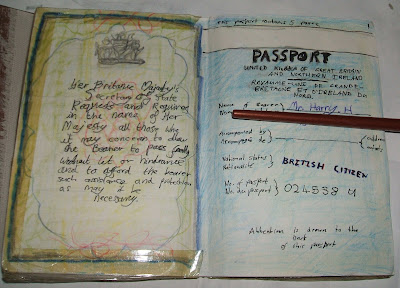 Quite naturally, we all had our own passports, so of course Harry needed one too. We briefly considered applying to The Passport Office, but Wills (being Wills) thought he'd just make one for Harry himself. 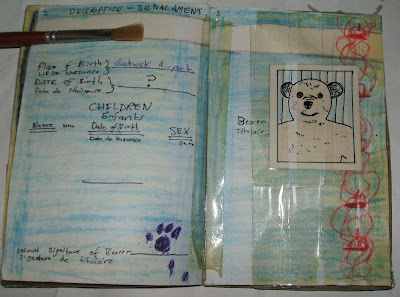 It's a full size faithful replica, and would probably fool most passport officers. If I lost MY passport, I would be quite upset; if I ever lost Harry's, I would be devastated!!

You can see by the state of it, that it's been very well used. It's also one of the old type passports... so much classier than the new burgundy jobs.