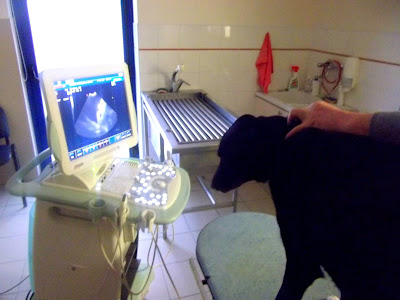 Bok seemed to have put on excessive weight over the past few months, so I'd put him on a strict diet.

However, his belly continued to swell, and he recently began to have symptoms that suggested something akin to a urinary infection. This morning (7th Jan) I found him lying in a damp bed, looking slightly sorry for himself; even so, he enjoyed his usual half-hour's early morning 'emptying' walk. He even chased a Deer for a short while.

When we got home, I took him directly to the Vet's Surgery, where a scan revealed that he had an enormous Tumour on his Spleen (above). I was totally in shock; distraught. I really wasn't expecting anything like that.

They operated in the afternoon, and sadly discovered that it had spread to most of his other vital organs. The Vet' said there was nothing to be done. 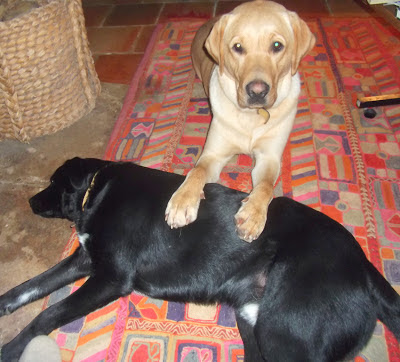 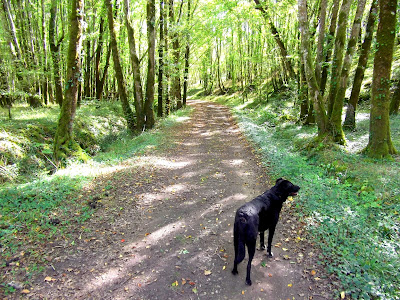 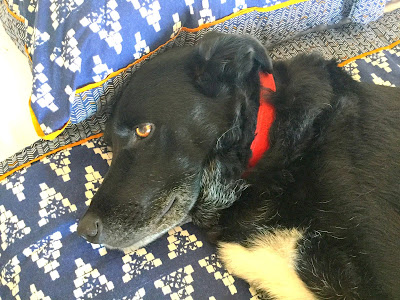 We haven't had much luck with our animals. We lost our beautiful Labrador, Monty, back in 2015 (aged 4). Then just before Christmas we lost Freddie, our Cat. Probably both poisoned. Now our lovely Bok has joined them.

I am totally distraught. I cannot believe what's happened. Bok was such a lovely boy. This has come completely out of the blue. He was loved by everyone, except one; a jealous neighbour threatened to kill him last Summer. At least she'll now no longer have to bother.

I'll bury him tomorrow afternoon alongside his two buddies, down at Haddock's.

RIP Bok; I cannot describe how much we'll miss him. The house now seems totally empty and sad. Part of the purpose for my living has been taken from me. Once we had three lovely animals to share our lives; now we have none.

I've felt heartache in the past, but this is just terrible.