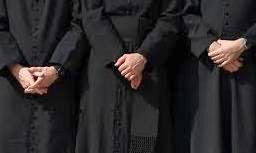 I have never held back from my criticism of the Catholic church and their protection of wayward priests; and I shan't here!

Revelations continue, and a court in Pennsylvania (USA) has recently condemned 300 Catholic priests over the sexual abuse of 'possibly' thousands of children, both male and female.

This abuse, as elsewhere, has been systematically covered-up by the church's hierarchy, and one can but wonder if details of the appalling world-wide abuse have not been officially hushed-up by the Pope himself (the buck always stops in the Vatican). Chilean authorities have been trying for years to get information from the Vatican about nine Catholic priests who allegedly abused 38 children; it's like trying to get blood from a stone!

It's hard to believe that this despicable sexual abuse of children continues to be practised by men who act in the name of some ridiculous non-existent deity.

So, who is to blame? Well, the Catholic church's job description for priests includes being male and a 'confirmed bachelor'; not a good idea.

Also to blame are all those who regularly give money to the church; without money to move people around, and pay bribes, the abuses would have been far less extensive.

With such behaviour so entrenched in the lives of Catholic priests, it would be difficult to find a disciplinary committee who would have insisted on expulsions.

Dressing up in black frocks should no longer be a sign of authority and piety; it should be seen as part of an evil and corrupt institution.

There is still so little done to bring these horrible people to justice, in years to come this will be seen as one of the age's most disgraceful omissions.