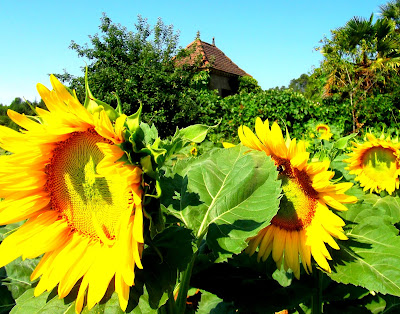 When I bought my first home here (in 1972, aged 25), our corner of the village was as close to perfect as one could hope. Our delightful neighbours leant over backwards to be of help (we attempted to do the same for them), and the general atmosphere was one of calm and tranquility. It was everything I had sought for my burgeoning family to grow and flourish. A bucolic haven fit for the most discerning.

This continued until just a few years ago, when a different atmosphere began to infiltrate the calm of our tiny hamlet. These were newcomers who seemed to care very little for country ways, and, in some cases, even the ways of acceptable behaviour.

It's very sad when one has to inform new neighbours that they have become personae non gratae because of their bad behaviour, but occasionally one simply has no other option.

An area can either change for the better or for the worse; but change it will, and to try to regain that calm of the past is impossible. Once lost, there's no going back. Maybe 46 years in the same place is too long.

We now have to cherish those traditions which have remained much the same. In our 46 year residency, it would be naive to think that nothing would change; maybe we should have changed with it, but, frankly, stooping down to that level has never been an option.

More and more, I find myself looking back to earlier times when our community really was a 'community'. Sadly it's now only memories. From May to September it was all go, and everyone mucked-in together to bring in the hay, or pick grapes; and later to gather chestnuts. None of this now happens. In 1972 some of our neighbours were still ploughing with Oxen.

To make matters worse, with the ghastly shipping containers having been dumped at the new 'holiday village' behind us, a slight depression temporarily blanketed our little hamlet. What was simply a project has now become reality, and yet another part of our tranquility has been taken away.

I shall remain my quiet, happy, and hermit-like self, and treat any trifling bad atmosphere as no more than an 'inconvenience'. All I have to do is to sit back and look at the beauty of my surroundings, and my spirits are instantly lifted.