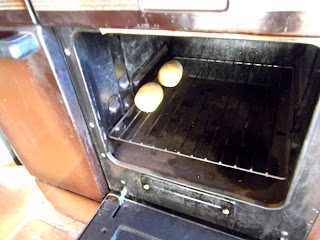 It was - 6 C again yesterday morning, so some serious gastronomy was called for.

Anyone who has a wood-fired Cooker or Stove will tell you that they make by far the best baked Potatoes.

I have no idea why the flavour should be so different to electric-oven cooked spuds, but it is!

At this time of year (this morning it's still -6 C) there is nothing better for lunch than a bowl of good hearty soup, and a baked Potato topped with plenty of butter and black pepper. 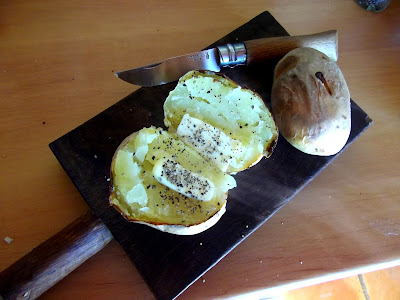 It sets you up for the rest of the day.

p.s. Our wood-fired cooker is pretty basic; not at all like standard cookers. We throw on logs, cross fingers, and hope for the best. Occasionally the temperature goes crazy; sometimes even reaching 350 C (see below)..... WOOPS! 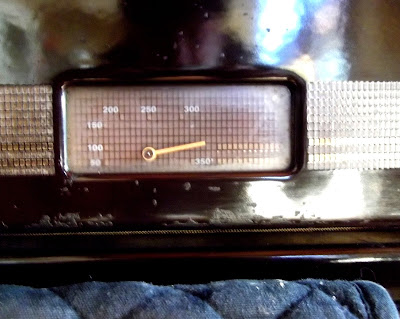 My spuds were cooked in about 15 mins.