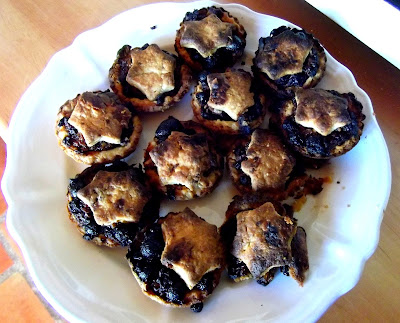 You may remember that I quite recently managed to burn a load of roast potatoes, for which I received considerable criticism and mocking.

Well, it's not only me who does such things (it wasn't even my fault), but others burn things by refusing to take note of timing.

I shan't mention names, but even a new watch for Christmas didn't stop these Mince Pies from becoming charcoal.

They were simply too far gone. She (I shan't mention who) made another lot ten minutes later.