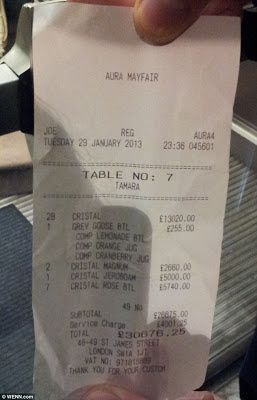 An evening out at Mayfair's Aura Club, with a few friends, ends up with them collectively pissing away £30,676.25p. 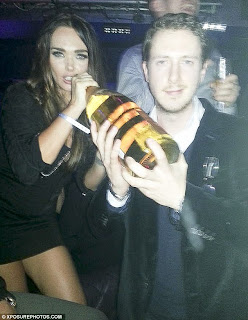 Of course, (daddy's) money is nothing to arch-bimbo Tamara, but wouldn't it have been wiser to have spent just the £76.25p on booze, and given the other £30,600 to some worthy cause. One might even have thought kindly of the poor dear, rather than thinking what a complete plonker she is!

Just an idea, but she could have had the booze delivered to her newly purchased £78 million 'Fleur de Lys' mansion in LA, invited her chums around, and probably still had change from a $1,000 note.

But then, she may not even know how to find her 'Fleur de Lys' mansion.