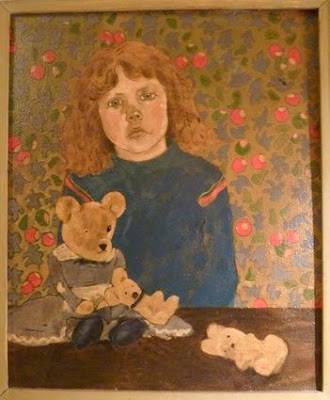 My daughter 'Tenpin' with her bear Mrs Pins, and the two babies.

'Souvenir' paintings are unlike other work, simply because they're not intended to be seen by anyone outside the family. They're just records of 'how things were', and tend to be a bit rough.
I mentioned yesterday that drawing dogs was a bit of a nightmare; they NEVER sit still... Painting children is not quite so bad, they will sometimes remain still for a few minutes; even so the pictures usually go unfinished..... 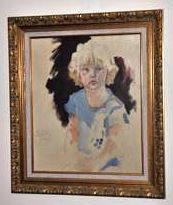 ....as in this portrait of my oldest son Kimbo. He was only two at the time, so I suppose he had some excuse.