Do 'strikes' ever achieve their aim? 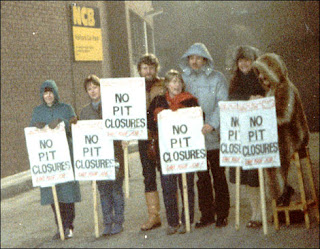 Everyone has the democratic right to withhold their labour, and that right should NEVER be taken away. But after last Wednesday's pointless UK strike, one has to ask questions.

The only 'proper' strike that I've followed closely was the 1984-1985 UK Miners Strike, the result of which was devastating. Here is a précis of the events.

On the 6th March 1984, the UK's 'National Coal Board' announced to the government that it wished to close 20 uneconomic coal mines. An enquiry was held, and the go-ahead was given for the closure of 13. As a result, the leader of the National Miners Union, Arthur Scargill, called his men out on strike and it soon developed into a violent national disaster that not only saw the deaths of 6 men, but also heralded the demise of the Coal Industry and the once powerful UK Trades Unions.

In 1983 (prior to the strike) there had been 174 working coal mines in the UK; the majority of which were viable. Today there are JUST 6. But not only did the strike destroy Britain's coal industry, it also had a devastating effect on engineering, the railways, electricity production, and steel production, all of which were inextricably linked to the coal industry. Traditional 'metal bashing' in The Midlands has now all but disappeared.

Certain mining communities have never recovered, and many families that were divided over the strike will never be reunited. The strike achieved nothing but unemployment, the coalfields were devastated, and those ever-eager Union leaders are now all living on fat pensions.

The miners themselves obviously had genuine concerns, but they could never have foreseen the disastrous results of their politically led strike action.

One really wonders how many strikes have ever achieved their desired effect. One could ask Britain's dockers and shipbuilders that same question.
Posted by Cro Magnon at 05:39