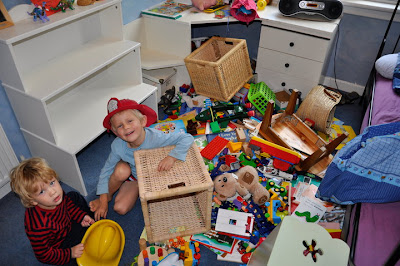 My oldest son, Kimbo, and his family will be quitting Edinburgh any day now, and moving down south to London; well, just north of London.

He's not decided where he'll be living as yet, but he likes the look of St Albans. Unfortunately so do many others, hence it's one of the most expensive places in England.

St Albans is a fine city with a beautiful cathedral. In Roman times it was the first main town out of London when heading north on Watling Street; originally known as Verulamium.

Last night my son's staff threw a huge party in his honour; which he was attending in full Scottish regalia evening dress. We had a preview via Skype; sporran, sgian dubh, ghillie brogues, et al. Hmmm. Hope he got home all right!
Posted by Cro Magnon at 05:58