Life can be cruel; especially in the country. 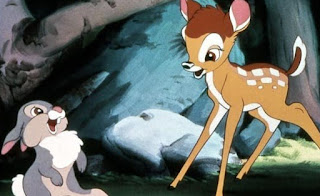 It must have been about 25 years ago, I could hear horrible 'screeching' sounds coming from a field about 300 metres away. I'd imagined it was a Buzzard in difficulty, but when I went to investigate I found a Roe Deer lying on the ground, and in pain. I imagine the poor animal had been shot, but not accurately enough to kill. It had escaped only to end-up unable to walk, and in obvious discomfort.

I returned to the house, put my small handgun and two bullets in my pocket, and returned to deal with the poor creature. First I apologised to him for what I was about to do, explained to him that it was for the best, and put him out of his misery. Not a pleasant experience.

On another occasion I found a Badger hanging from a wire snare half way up a steep nearby bank. In its attempt to escape, it had scratched away at all the earth around it, making its escape even less possible. Badgers are vicious beasts, and although I am very fond of them, there was no way I could liberate him; he was in a bad way. Again I returned home, fetched my 'priest', and disposed of him.

Yesterday, we (Billy) found an injured young Roe Deer. It looked as if it may have been hit by a car, and was having difficulty walking. Each time I stroked it, it screamed in that piercing dog-like barking voice of theirs. After a while I managed to get it up on its feet, and it slowly walked away. It didn't look too good.

I went with Billy to see if it was still there this morning; it wasn't. So, either it has regained some strength, or it has died. We'll never know.

Beatrix Potter would have us believe that all wild animals die in a comfortable subterranean home, in the warmth of a quilt covered bed, surrounded by weeping young offspring, but of course this isn't the case. Most animals die of disease, wounds from fights, or by being killed by bigger animals. Old Foxes killed by a pack of hounds were often far luckier than those who were died in the wild (but don't tell the anti-hunt folk that).

What goes on deep in the woods is not always as described in Fairy Stories; occasionally it's pretty dire.