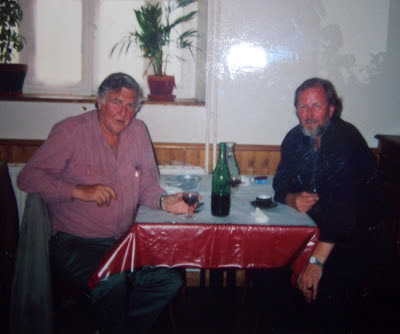 I used to be a smoker myself. I devoted many years to my beloved untipped Gauloises (the blue pack, which you can just see by my side in the above pic), until one morning in around 1998 I decided to quit; and I haven't smoked since.

I really have nothing against people who wish to smoke, but now, finding themselves in such a tiny minority, and with nasty messages written all over the packs, one would have thought that the health message had got through.

Here in France one hardly ever sees people smoking; it is simply unfashionable. The days when Gainsbourg would smoke 24/7 have long gone. It is now regarded as very 'other ranks', and simply 'not done'. Ash trays are hardly ever seen in restaurants; even outdoors.

I'm not really sure if I ever actually 'enjoyed' smoking; it was simply something I did. I still love the smell of Gauloises, but would never take-up smoking again.