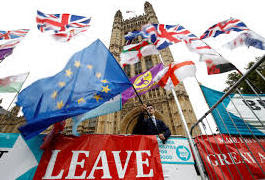 What a rubbish year it's been.

The year started with nothing but Brexit on everyone's tongues, and it looks as if it'll end similarly.
The United Kingdom finally became separated from the European Union on February 1st; although you'd hardly have known it. No-one died of starvation, imports and exports continued, and the pound only dropped a small amount. In fact it was all something of a damp squib, as most of us had predicted. However, the 'deal' still needed to be finalised, and we still looked forward to another 12 months of arguing.

On the weather front, the year started very well. We had no perceptible Winter, with our lowest temperature being around 0 C. We had our fair share of rain, but otherwise it was perfectly tolerable.

However, the first quarter of the year was not without major events elsewhere. Dreadful bushfires across Australia, flooding back in the UK, a couple of minor royals quitting England for a glitzier life abroad, and then in March the wretched COVID-19 arrived; WHICH CHANGED EVERYTHING.

Globally, the virus will have caused nearly two million deaths by the end of the year, including that of my cousin Stella; RIP all.

For us, the enforced 'lockdown' was really not that different to our normal lives. We stayed at home, only made the occasional shopping trip, and pottered around in the garden; which was basically what we do anyway.

Work at Haddock's started at the end of April, and took my mind off viruses for a while. Mostly things went well, but yet again my Tomato crop failure dominated my growing year. 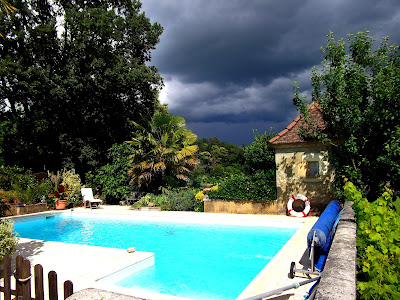 The month of May had been like full-on summer, then, almost predictably, 'flaming June' was a wash-out. It became the month of depression, with lockdown continuing, COVID still rampant, and cold and miserable weather, it was a good month to hibernate. Luckily towards the end of the month the sunshine returned just as our visitors arrived. July was mostly OK, as was August and September.
COVID has now affected everything, and dominates our lives. It tells us what we can and can't do, where we can go, who we can see, and what we must wear. We are not particularly gregarious folk, so we were much less affected than many, but this doesn't reduce our concern, both for us, and for others. At the start of October, Trump himself became infected. Many of the 'ugly people' danced for joy and wished him ill. I am not of that ilk, and he, like all others who had become infected, had my sympathy.
Meanwhile Covid-19 comes much closer to home than we'd anticipated. In late October news came of a few cases in our nearby town/village, and on November 1st, my oldest son Kimbo was tested positive; thank goodness he's now back to full health. 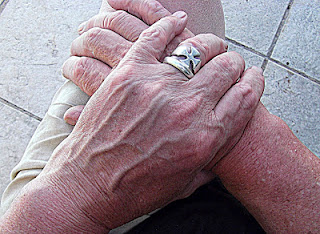 For a while it seemed as if we could do no more than sit, twiddle our fingers, and wait. Stay at home, wash our hands regularly, and wear a mask whenever in the proximity of other humans. What a sorry bloody state of affairs.
In November the US election became a farce. Both Trump and Biden declared themselves the winner, Trump threw his toys from his pram, and we all became bored with the whole childish affair. Biden (of course) won! We now await the antics of the change-over in 3 weeks time.
I think I shall mostly remember 2020 for a new movement, that for a while took the world by storm. During the early knee-jerk stage, statues were toppled, monuments defaced, footballers knelt-down on their pitches, streets became re-named, works of Art were removed, and the nation's school curriculum 'de-colonialised'. We were told that Great Britain was a racist hell-hole, founded solely on the proceeds of slavery. Well, I for one found it all rather tedious.
Immigrants, of course, are still fleeing France for the unparalleled freedom that the UK offers, taking to sea in small boats and even children's inflated paddling pools, in order to reach the UK's shores. If one was to believe what many of the BLM demonstrators say; one would have imagined the flow to be in any direction other than towards the nasty UK.
So, to 2020 I say GOOD RIDDANCE. My Yule log burnt down to ashes again, I remembered to say "white rabbit, white rabbit" this morning after midnight, so let's now hope for a better New Year; and pray that life for all will be considerably healthier in 2021, than it was in 2020.
A last minute deal has been agreed with the EU, so all is well with the world. Well, almost.
Posted by Cro Magnon at 04:23