When I graduated in 1971, I bought a house just inside the Welsh border between N Shropshire and N Wales.

Our nearest market town was Oswestry, and we went once a week (on market day) to buy all our food requirements for the week. Our bill, for a huge variety of vegetables, was a staggering ONE POUND; which supplied far more than we required for our small family (bread, cheese, and meat, was a bit extra). We still often remark about how little it cost.

Many years later here in S W France, my old college friend T moved to a nearby converted barn, and asked about living costs. He had moved from Dubai, and had no idea how much he would need to budget for France. I was able to assure him that for a reasonably gastronomic diet, with wine and petrol, it cost me around €50 per week (house taxes, electricity, water, etc, were extra). He seemed surprised. 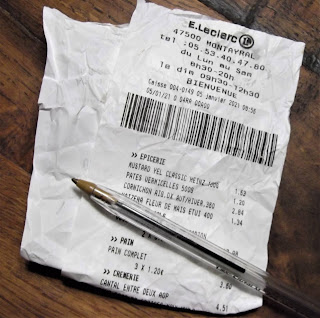 Now, we are in 2021, and things are quite different. I am often amazed that when going shopping with a relatively short list; my week's purchases invariably cost over €100, when I'd imagined it would be a max of €50.

Many may think that for two people €100 is actually quite reasonable, but being an old codger, I find it a lot.

The constant decrease in the 'value of money' is quite worrying. In roughly 1700, Samuel Pepys mentions in his diary the amount of money he paid his maid (I can't remember the sum). 80 years later, another Samuel, Dr Johnson, also mentions his maid's wages, and they were exactly the same. Those 80 years had seen no inflation.

Later this year we will probably move back to England for a few months, so I asked a friend about living costs. She assured me that she rarely spends more than £200 per week on food. I was HORRIFIED. £200 a week seems to me like a bloody fortune; I do hope she was exaggerating. I suspect that much of her expense is wine (or gin)!

I refuse to 'dumb-down' my diet, but can happily live on far fewer of my usual more expensive gourmet French treats or wines.

We don't normally eat take-aways, other than Indian or Chinese; which I'm sure I shall be unable to resist. Maybe that's where the money goes.