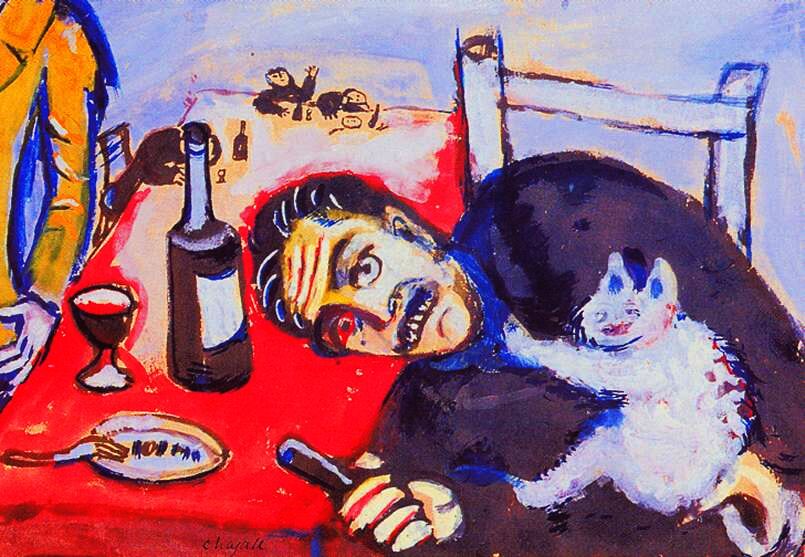 I'm quite a fan of Chagall's work, but I'd not seen this one before. Now I'm an even bigger fan.

This painting entitled 'Man at Table' was painted in 1911. I can find no explanation about the imagery. It's quite unlike his later more dream-like works.

There is a beautiful looseness and naivety about his work which often illustrate 'folk tales' from his native Russia. Even when he moved to Paris in 1910, he continued to paint of the influences from his early life back in Belarus.

Essentially he was a 'Jewish Painter', whose work one critic described as 'Hebrew jazz in paint'.

It's that Cat that makes it; don't you think?