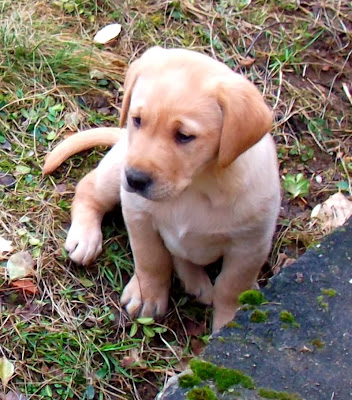 This is the most difficult page I have ever had to write; as you might imagine, we are in total shock.

It was just 4 years ago that we collected our Labrador puppy Monty from Miss Tadpole's nearby rescue centre when he was just a beautiful ankle chewing toddler with a ravenous appetite (above). 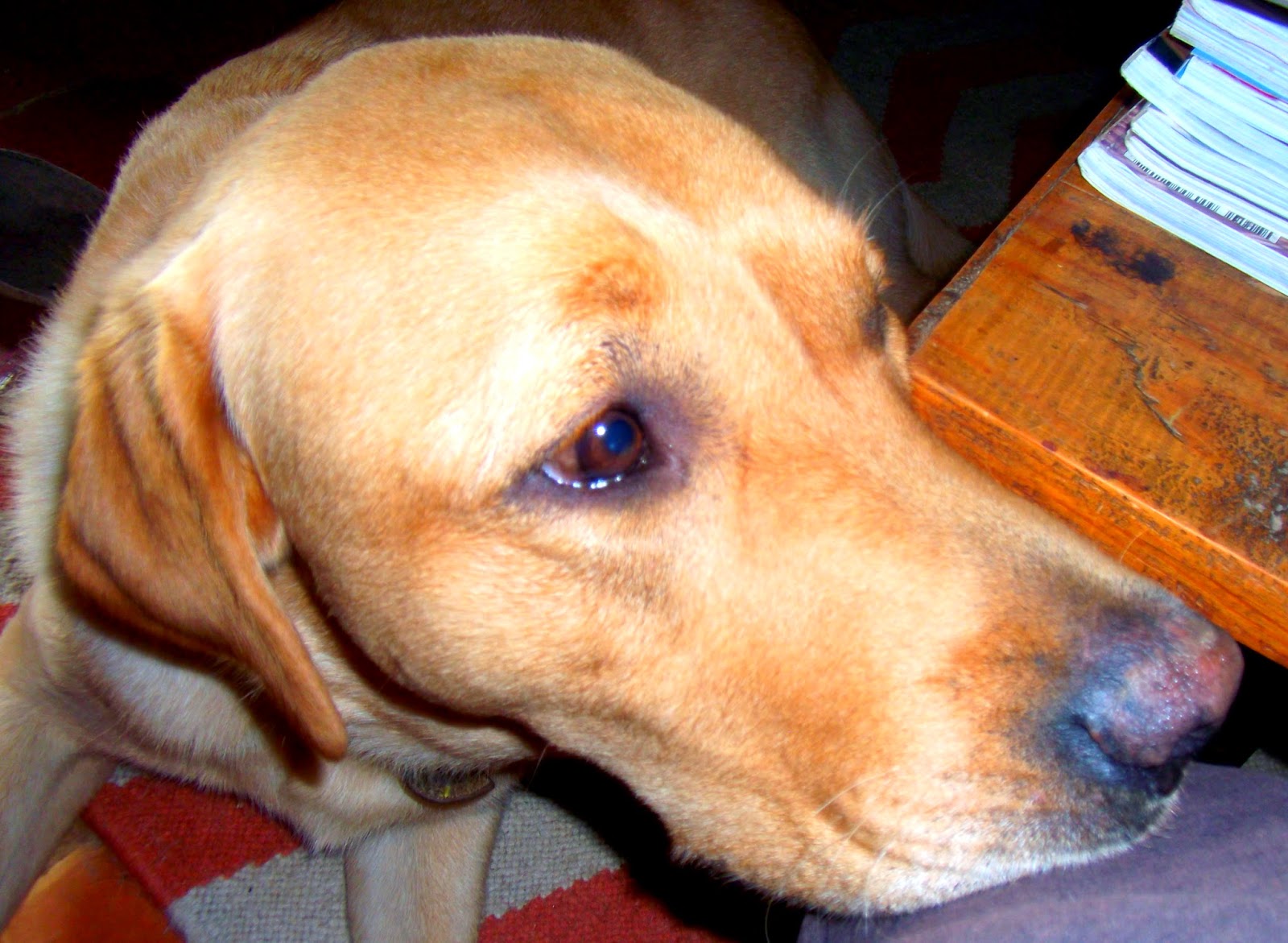 Life wasn't always easy for the poor boy. Regular readers might remember his horrible encounter with a Processionary Caterpillar that caused him to lose about 2 cms of his tongue, he seemed to lurch from one disaster to another.

Recently he started to vomit regularly, he totally lost his appetite, and he also began to have hourly seizures. His kidneys were malfunctioning to such an extent that there was no further hope, and the Vet' advised that the kindest thing to do was to let him go.

He was a lovely dog; children adored him, as did his friend Bok. Throughout his entire life he never uttered an angry growl.

Bok and Monty became 'best friends' when they were both still pups, and it was their reluctance to be apart that led to us adopting Bok full time. They remained inseparable till the end; I don't know what long term effect his absence will have on Bok, but I imagine that, like us, he will miss him terribly. 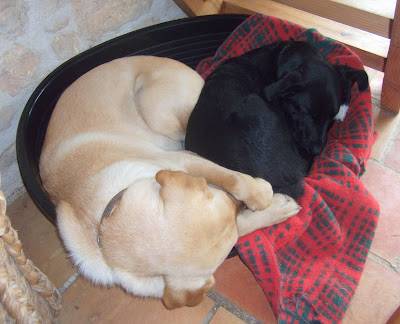 So, goodbye my darling boy. We loved you more than you could ever know; our hearts now have a gaping hole, and our daily walks will never be the same again.

Thank you to everyone who sent such kind and caring good wishes; they were very much appreciated.