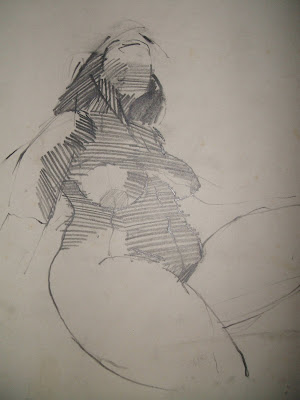 Oh how I loved my life models. Big bouncy blondes, who took their clothes off for peanuts-per-hour. The nicest thing about them was that they were proud of who they were and what they did, and were prepared to demonstrate as much.

And there was I, 2B pencil in hand, scratching away, trying to learn my trade. I hardly noticed them; they were simply objects to be drawn, not living breathing humans with complex lives.

They were 'things' that one studied in minute detail before even placing a dot on that virgin white paper. It was all fraught with danger, and we were reminded as much by so-called bloody experts who couldn't draw a bloody fly; our tutors. 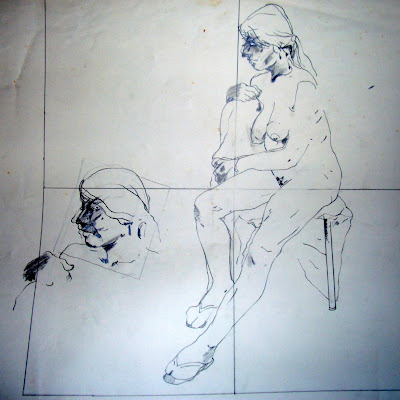 The poor creatures were mostly penniless 'resting' actresses.Young women who, like Micawber, were permanently waiting for something to turn up. They appeared like a latter-day Rita Tushingham in A Taste of Honey.

Most of them would have pleased Rubens more than Mary Quant. They were buxom, stretch-marked, sagging lovelies, who were far more interesting to draw than Twigs or Shrimpton.

I imagine they are all now retired to dreary bed-sits in Eastbourne or Pevensey, and I salute them. I send them kisses and my thanks. They formed me, they made me what I am today, they gave their time so that I could forever-after scribble.