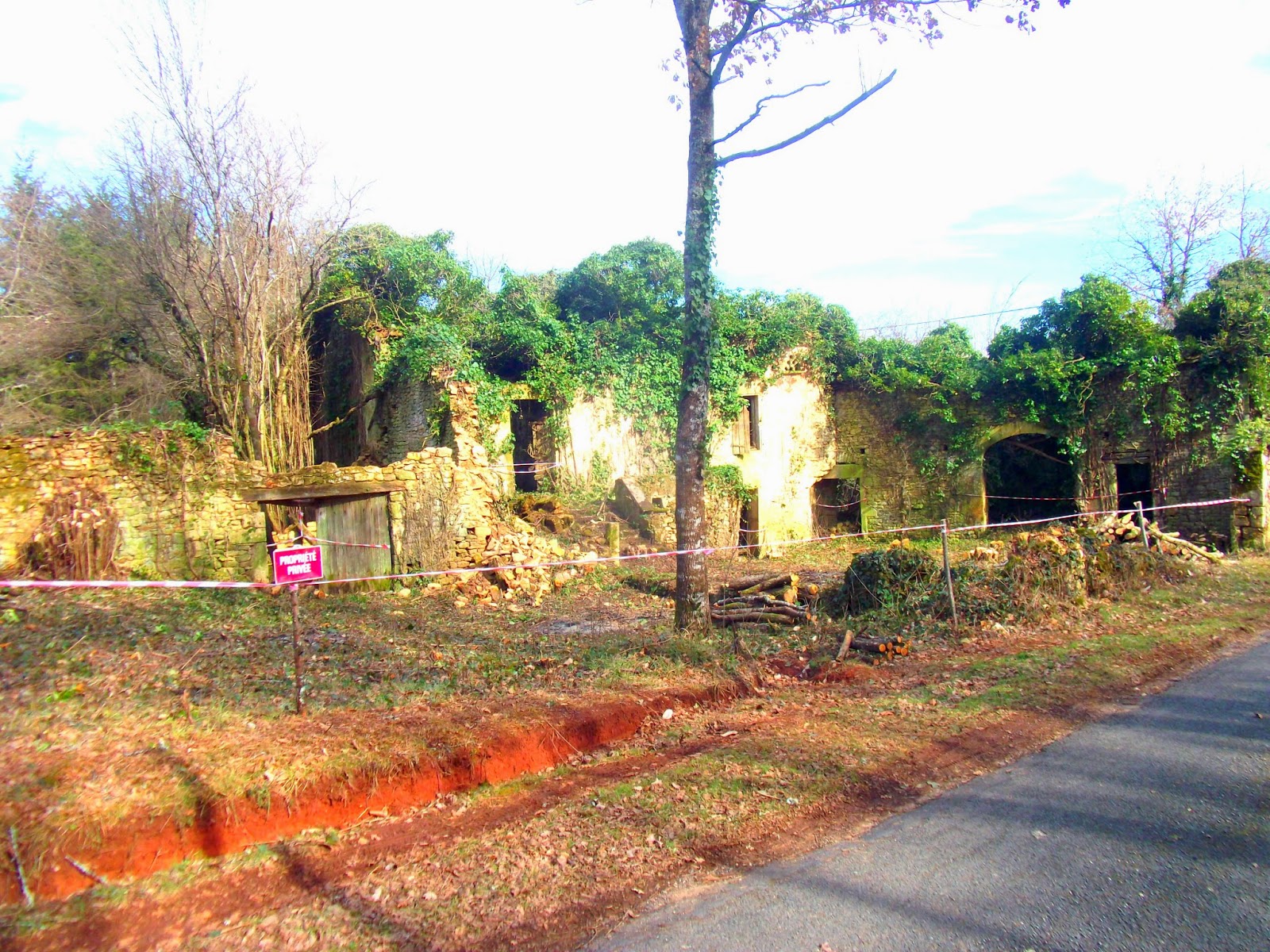 When I first came to live in this village, 43 years ago, spectacular ruins were everywhere. As I came with self-sufficiency ambitions, a wife, and 2 small children, I needed to buy myself a substantial, ready to live-in, farmhouse with plenty of land; not something that required a total lengthy restoration job.

In some ways this was a pity, as there were magnificent bargains to be had all around us. Very few now remain, and those that do are often in a pretty poor state.

The general exodus towards town-life happened in the 1950's/60's, so many of those ruins had been occupied within the previous 10 or 20 years. My own first home had been lived in just 5 years before I bought it, and was in good general condition.

I remember the extensive house in these photos being almost savable. The barn still had it's roof, most of the house walls were still there, and the ivy had yet to envelop the whole caboodle. But these houses don't take kindly to lack of attention. The roof tiles slip, water enters, and things quickly rot and crumble. The stone walls are constructed with plain earth, which washes away all to easily when the roof no longer protects them. 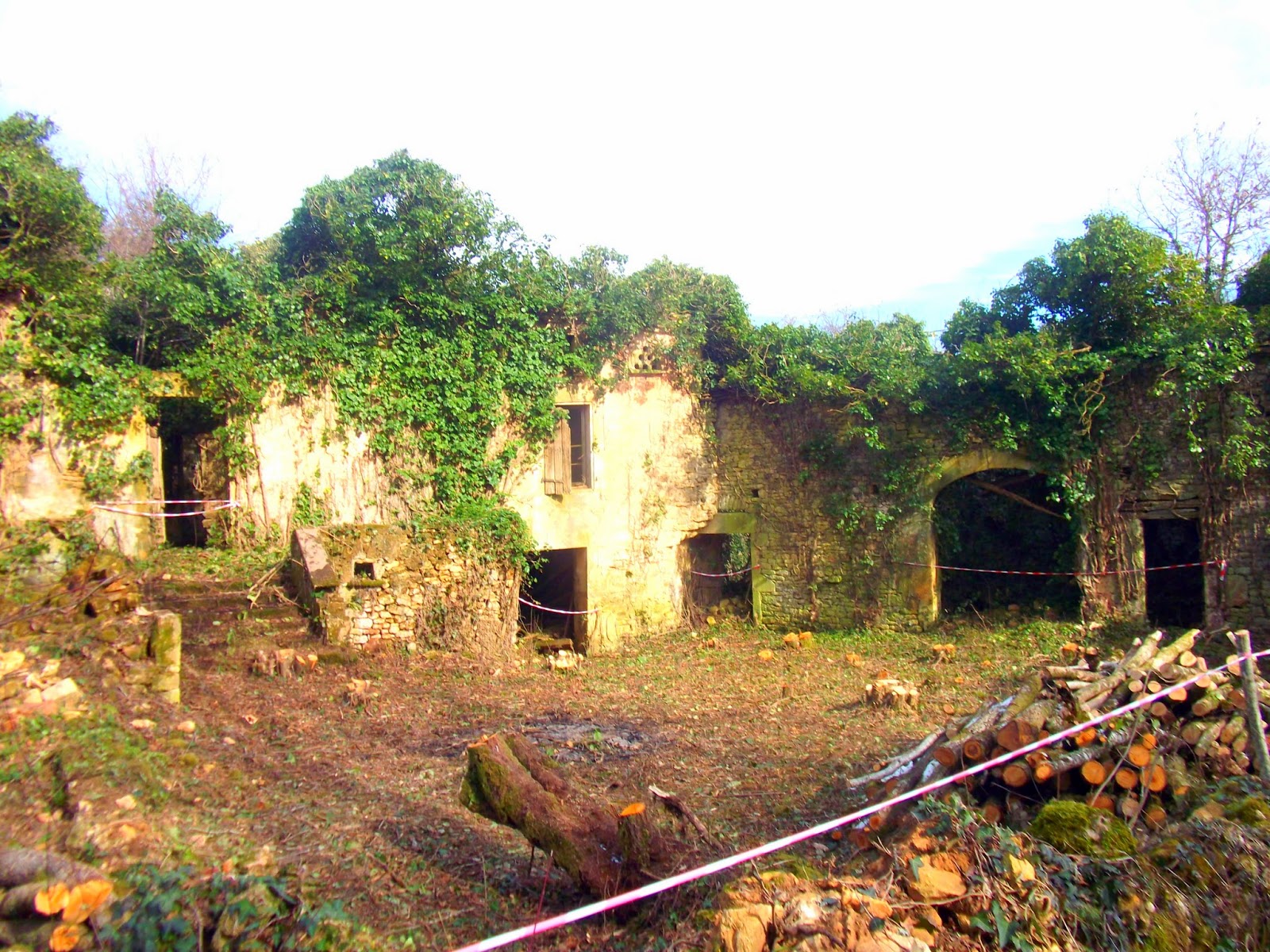 The owner of this ruin (which is about 500 metres from our house), has just recently cut down all the trees that previously hid it from view. What he now intends to do with it, I have no idea.

I fear it may be beyond restoration, but it would be fun to see someone take it on.