School days: A Question of Identity.

This may be a bit long-winded, but please bear with me. I recently wrote about an incident at school which involved the drinking of Sherry. This separate incident took place just a few weeks before, and was..... well, you'll see! 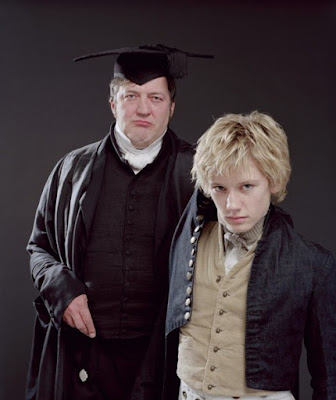 I was sitting in my study, brushing-up for a forthcoming A level exam, when I was summoned to see the Headmaster.

He bellowed at me, told me that I'd always been a nasty disturbing influence (we didn't like each other), and ranted about a phone call that he'd just received. I listened patiently as his regular vermilion face turned puce, then he finally declared that I'd been sacked (expelled). All he added was that he would be phoning my father forthwith and that I'd better pack my things, ready to catch the London train in the morning.

I returned to my study where everyone was intrigued to learn about what he'd wanted.

"I've been sacked" I told them.

"What are you going to do about it?" the three others asked in unison.

About half an hour later, our fifth study member 'G' arrived back, and slumped down at his desk. "Cro's been sacked" they all informed him excitedly.

This time I really didn't know what to expect, and I remember nervously hesitating outside his door. Eventually I very reluctantly knocked; and entered.

"Sit down, Magnon" he said in a much calmer and friendlier tone than an hour before. "There seems to have been a misunderstanding; why did you not say something before?"

"I'm afraid I had no idea what you were talking about, Sir" I replied. "And, frankly, I still don't". Then, in front of me, he lifted his telephone and spoke to my father; explaining that it had all been some terrible mistake, before passing the phone over to me.

After a few father/son pleasantries, father told me to make him apologise; and the call was over.

"What did he say?" asked the Headmaster.

"He suggested that you may like to apologise to me" I said blankly (feeling extremely smug).

He did apologise, but he also accused me of having aggravated the situation by not having asked why I'd been sacked. After a short while I returned to my study where 'G' explained that he'd given MY NAME when he'd been caught returning his girlfriend to her school, after an illicit evening out. The girl's headmistress had phoned our headmaster, and the result had been predictable.

'G' had, of course now been sacked in my stead, and I offered him a sharp right jab to his chin as a souvenir of his unacceptable behaviour. No doubt I also celebrated with a glass of cheap British Sherry.

Sacked, then re-admitted, all in the space of less than two hours had been exhausting, and was well worth celebrating. When I returned home that Summer (for the final time), my father didn't mention a single word about the incident; it was if it had never happened. Maybe he'd not mentioned it to my mother.

You'll be pleased to hear that I shall NOT be posting any more school-boy tales; this final one is enough!