2013 began icy cold. Throughout January and February our lives were permanently involved with sawing wood, lighting fires, and keeping those fires fed. It was a huge relief when March turned-up. 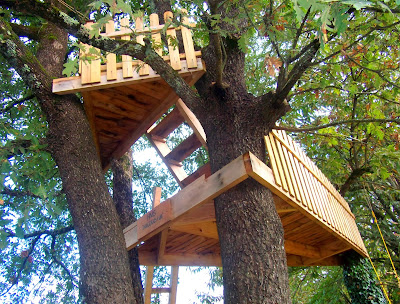 It was the year of the tree-house, and when finally finished (above), we were able to concentrate our attention on the barn; and we needed to!

The concrete floor was laid, the septic tank was installed, the orchard mostly planted, and the front door fitted. We've made a good start, but there's so much more to be done. 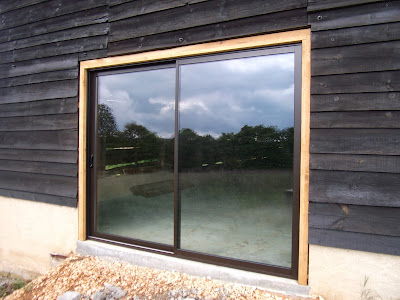 However, not everything always goes according to plan; blips occasionally turn up unexpectedly. Bok's torn/chewed ear last June being a classic example. Remember this, below? Poor old boy! 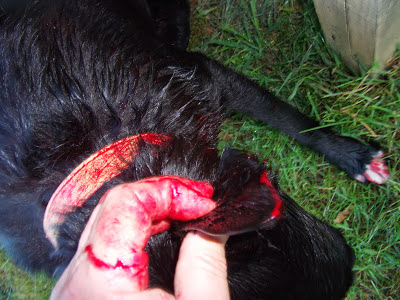 Bok, and Monty's new neighbour-friend Iggy Pup also featured quite prominently; in early September he crashed into Lady Magnon whilst playing, and knocked her clean-over. She broke a small bone in her foot and was hobbling for about a month, poor thing; she's still not completely healed. Thank you Iggy!

Summer went well. It was hot and the pool remained at a pretty constant 28 C. For a short while we had four (very well behaved) grandsons in residence all at the same time; not easy to arrange with their parents living at opposite ends of the earth. These two (below) were the first to arrive. 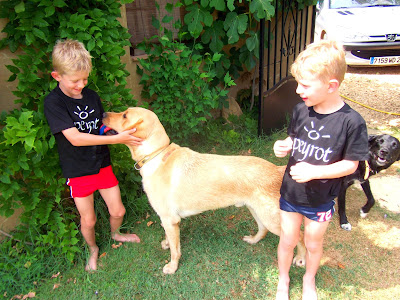 The only downside to our summer was seeing the poor horses without water yet again. I think the 'horse owner' has now been shamed into making some effort, although I still don't think she really understands the basic concepts of 'good horse husbandry'. Sadly, France has a lot to learn about animal care.

Other significant events of the year (to us) have been our oldest son buying his own home (at last), and my own reluctant acceptance of Type 2 Diabetes. I'm taking the pills, trying to be sensible, and keeping my weight down.

One summer event I failed to mention at the time (July) was our village's very own 'illegal' 80's style RAVE PARTY (remember them?). The cops, of course, intervened and some very naughty drugs were found, as well as some naughty alcohol, and several pairs of naughty flared trousers. OK, they probably made too much noise (we could hear it from 5kms away) but this was just 300 kids having some summer fun in the woods. Next time guys, keep the amp' settings down below No 11.

And so I leave our BEST BIT OF NEWS till last. My youngest son Wills and the lovely Kellogg will present us with our 5th grandchild in April (?). What could be better than THAT! 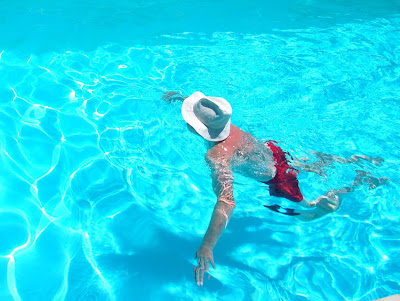 That was our year in brief, and it was a pretty good one. This picture, above, is just to remind myself that summer really does exist, and that it should hopefully return in about 6 months time.

May I wish you all a stress-free, war-free, and disaster-free 2014. And may we all be solvent, and together again, to welcome-in 2015.

My very best wishes to everyone, Cro xx