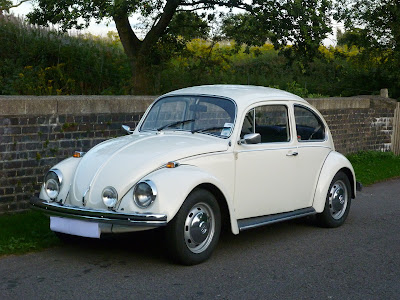 I loved that car. It seemed quite distinguished at the time; classy, but without being pretentious. When I first had it, I would wash and polish it every week (as one does), but one soon becomes blasé and as a student it became filled with chewed chicken bones and greasy chip wrappers, as well as the mice that lived off them.

It followed me through my college days, then came to France with me when I moved here in 1972.

I declared it on my French import papers (as part of my goods and chattels), and about two years later a whole car-full of jolly uniformed customs officers turned-up from Bordeaux, wanting to inspect it. By this time I had already sold the car, so they simply took advantage of the warm sunny day to have a picnic, before making the 150 Kms return trip home.

I'd sold the car to an old friend who later informed me that she had died in Spain; I was devastated.