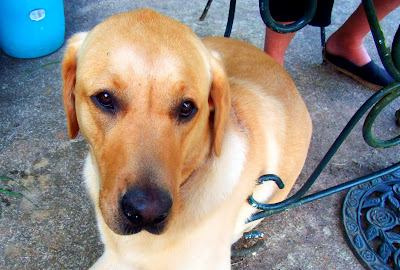 Poor old Monty; he seems to amble from one disaster to another!

Now he's gone and got himself STUNG, TWICE, by some bee or wasp or horsefly. And what's the only remedy in a dog's first-aid kit? That's it... to scratch until it's all scratched away.

He was very agitated early yesterday morning;  his back looked very sore, and was covered in blood, so it was off to the Vet with him, where they confirmed our diagnosis. He's now been shaved, had a jab, and has some antibiotics and ointment to take for the next few days. 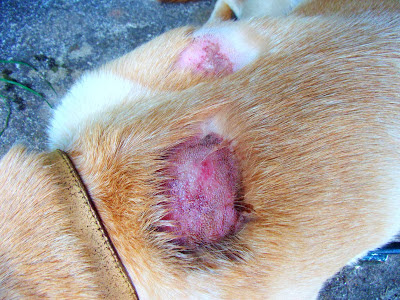 Poor old boy, it's been so hot that he's been hiding away indoors. Fried liver will be back on the menu to help the healing process. There's only one thing that really helps take him mind off his ailments, and that's FOOD.