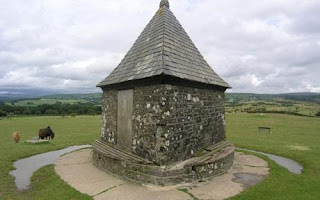 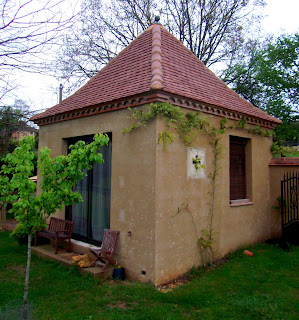 I turned on my TV recently to be confronted by the very first episode of 'Rosemary and Thyme', and I was instantly struck by the location (if not by the programme).

It appeared to be a very large and magnificent country house by the English architect, Sir Edwin Lutyens.

I've always admired Lutyens' work; he not only designed every aspect of the house itself, but also every nook and cranny surrounding it. The inside, the structure, and the outside, all being of equal importance.

So I Googled images of Lutyens houses, but was unable to find the one that had appeared before me on the TV screen; maybe it wasn't by Lutyens after all!

However, I did find the above small folly which I thought might amuse; it did me.

(Any resemblance between Cro and Sir Edwin, is entirely coincidental)