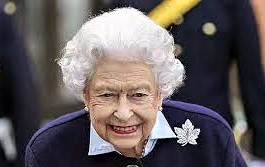 Now that the jubilee is behind us, wouldn't it be timely if H M The Queen declared Prince Charles to become Prince Regent?

One has to face the facts that The Queen, at 96, is no longer able to fulfil all her official obligations. She has mobility and pain problems, and at her age she deserves a rest.

Charles's duties would be slightly increased, but he has proved himself perfectly capable. He will soon be King, so an interim period as Regent would serve the country well. Now that he has a stable and hard-working consort, they could stand-in for H M The Queen seamlessly; although I imagine that Camilla would remain very much in the background.

I await The Palace to declare what I am suggesting a.s.a.p.