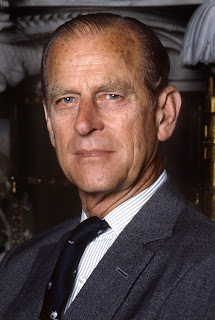 I'll start my list by remembering Prince Philip. We have a signed photo of him somewhere; my late Father-in-Law and Philip met 'officially' on various occasions, and the obligatory souvenir was handed over. Philip spent a long and dutiful life supporting H M The Queen, and my Father-in-Law always said what a good man he was. I must find the photo and display it somewhere discreetly. He has left a huge void at the head of The Royal Family.
In the world of music we lost Charlie Watts, Gerry Marsden, and the strange Phil Spector.
Actors who left us included Christopher Plummer, Sir Antony Cher, and the lovely Una Stubbs.
In F1 motor racing we lost Frank Williams and Murray Walker. From politics we tragically lost David Amess MP, and from the world of cheap computers and silly one-man vehicles we said goodbye to Sir Clive Sinclair.
The annual covey of US 'rappers' were murdered, but this 'tradition' is almost expected.
I would also like to include the names of poor 16 month old Star Hobson, and 6 year old Arthur Labinjo-Hughes, whose murders horrified a whole nation.
To them, and especially all those who have fallen to the pandemic, I say 'Rest in Peace'.
Posted by Cro Magnon at 04:14