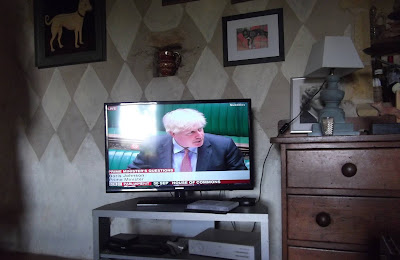 Poor old Boris, I really wouldn't like to have his job at the moment. He moved into No 10 expecting to organise the UK's post-Brexit world, and immediately found himself facing the worst pandemic since 1918.

I genuinely think he is doing his best, but his best is an easy target for critics. Would lack-lustre Corbyn have done a better job? I very much doubt it. Labour will, of course, attack any weakness, and revel in doing so, that's their job at the moment; to oppose. A Labour front-bencher recently stated that the pandemic was "A good crisis which they intend to exploit".

Contradictions are everywhere. Drinkers have to be out of the pubs by 10 pm, but partying continues into the early hours with shop-bought booze. Students were warned about the risks they'd face if they returned to college. Huge numbers took no notice, and the rate of infections amongst them has surged; yet they still hold illegal mass raves.

The virus is spread as a result of the public's irresponsibility; not because of government warnings or incompetence. The world in is an unknown arena, and politicians in all countries are dealing with it as best they can. No-one has yet found a fool proof solution, and it looks as if any 100% effective vaccination is still a long way off. World deaths are now over a million.

Criticism is part of the job for a PM or POTUS; they know that before they take the job, but politicians are not medics, and we shouldn't expect them to be so. However one cannot help COVID becoming politicised; we now hear that Jeremy Corbyn has been caught breaking the 'rule of six' at a dinner party, his loony brother Piers refuses to even accept that COVID exists, and Boris's own dad has been caught not wearing his mask whilst out shopping. Naughty boys. 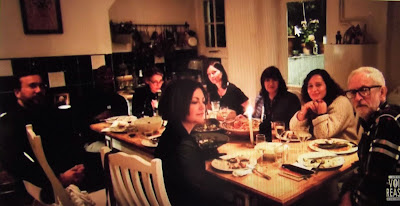 My own way of coping involves sticking to the rules about travel, masks, gatherings, etc; then simply using common sense. Luckily we are able to do this quite easily as we are rural dwellers. Urbanites need to be much more cautious.

Thank goodness I'm not a student in these virus-crazy days. The urge to go out, have fun, drink, go rutting, etc, was all embracing in my 20's. Luckily I'm now in my dotage, and am happy with a good book, a cup of tea, and a McVitie's chocolate digestive. I expect Boris wishes he could join me!