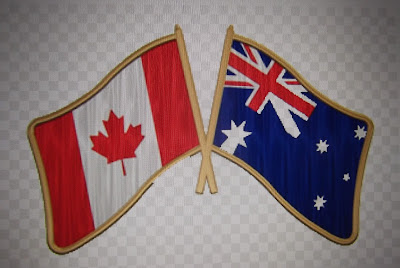 Time was, when Canada was simply some British Commonwealth outpost to the North of the USA. It grew huge swathes of cereals, produced lots of Maple Syrup, and had nicely dressed Mounted Police.

These days it is regarded very differently. Whilst the USA is going through difficult times internationally, Canada has been advancing in leaps and bounds in the eyes of international observers. It has become a very desirable place to live, and Brits are now choosing it over Australia for re-location; which doesn't surprise me.

Immigration figures prove its popularity. Australia will accept just 160,000 immigrants annually until 2023, whilst Canada will take 340,000 permanent residents this year, rising in 2021 and 2022.

Both countries have been hugely popular with wander-lust Brits. They offer space, good life-styles, and are both family friendly. However, both countries have increasingly ageing populations and low birth rates. They both need young blood.

When I was younger, Australia was always seen as the sensible option for aspiring entrepreneurs and young professionals; Canada was seen as a little dull and old fashioned. These days things are very different. Whilst Oz retains its beach-babe image of surf, sea, and sand, Canada is seen as an advancing nation in finance, manufacturing, and science.

I'm now expecting to hear the word 'Canada' bandied about, much more than before.

Having said all that, I read that NZ still comes top of the list of countries to retire to (if they'll have you).