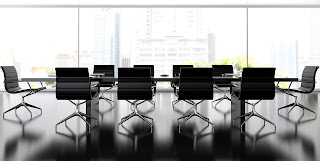 So, what's our Dave been up to since he quit politics after his disastrous Brexit referendum? Well it looks as if he's found himself yet another 'nice little earner'. An advisory seat around a table of chums.

He has been offered the position of Chairman of the advisory board of Afiniti, a US AI company based in Washington DC.

The advisory board of Afiniti is extremely interesting to say the least. As well as ex-UK-Prime Minister Dave, it also contains my old school friend Lord (John) Browne the ex (disgraced) CEO of BP, Francois Fillon the ineffective ex-Prime Minister of France, Elisabeth Murdoch child of Rupert, and the fragrant Princess Beatrice granddaughter of Her Majesty Queen Elizabeth II.

A fascinating company board, crowded with so many heavyweight upper-crust celebs. I wonder what the point is? As if one needed to ask!

I have no idea what qualities either Ms Murdock or Beatrice possess, but their presence would certainly be impressive. The only top business brain amongst the lot of them belongs to my old chum Browne; although Dave himself is no lightweight intellectually.

Anyone dealing with this Afiniti bunch wouldn't stand a chance. The big guns are out, and there'd be no way to escape with either your money or your custom.