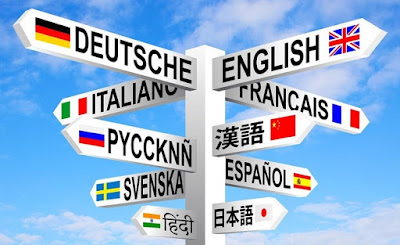 Anyone who can speak more than two languages fluently has my admiration. Certain currently newsworthy political folk are impressively multi-lingual.

Boris Johnson is known for speaking Latin fluently, and he also speaks French and Italian. I also believe he SHOUTS in English.

Rory Stewart is probably the most talented. He speaks Dari (a form of Farsi), plus nine other non-specified languages.

Jeremy Hunt speaks Japanese, even though his wife is Chinese.

Corbyn speaks Spanish. Two of his three wives were Spanish speakers; one from Mexico, and one from Chili, so I suppose it was essential. His first one spoke English.

The only language, other than French (and Latin) which I've attempted to learn, was Italian. I would spend hours trying to learn useful phrases, but after about ten minutes they'd evaporate. It was as if my brain refused to absorb them. However, when I learn new words in French; they usually stick without any problem.

I shan't be attempting to learn any other languages.