The Funding of the Royals. 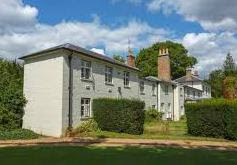 There has been much wringing of hands in the press recently about the cost of renovating the rather unattractive Frogmore Cottage (£2.4 Million), the new home of Harry and Meghan; which is owned by The Queen's 'Crown Estate'. The Republicans were eager to jump on the guillotine bandwagon, and denounce the whole Royal Family as being a huge drain on national funds.

If Her Majesty is spending money on renovations to Frogmore Cottage, she is only doing so in order to keep her own property in good order.

As I understand it, The Royals have two main areas of income. The Queen's 'Crown Estate', and Charles's 'Duchy of Cornwall'. The Queen graciously hands over the entire income from her personal Estate to the Government, and receives a small percentage back (25%) for expenses, and Charles pays normal Taxes on his income from The Duchy.

The Crown Estate currently produces an annual income of approx £304 Million, with The Queen receiving up to £80 Million in return, in what is known as the 'Sovereign Grant'. A pretty good deal for the National Purse.

The Duchy of Cornwall produces an annual income for Prince Charles of around £21 Million, on which he 'voluntarily' pays income Tax of 50%. There are plenty of Footballers about, who earn the same, if not more than Charles.

Personally I couldn't care less how much they earn, as long as they are able to afford all the 'Pomp and Ceremony' that the country demands of them; and that doesn't come cheaply!