Another Jezza shot to the foot. 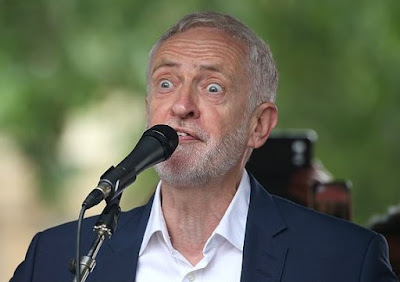 As Jezza goes from crazy to crazier, it has recently been revealed that he was very much in awe of an earlier Labour leader (1932-1935) with similarly dubious 'pacifist' aspirations.

Dear George Lansbury was a man of close political ideals to our Jezza. Just before the second German war, he went around Europe, meeting and greeting the likes of Hitler and Mussolini (not unlike Jezza meeting Hamas and Hezbollah), then suggesting that the UK would be better off unilaterally disarming; and explained as much to the sitting Conservative government.

Capitulation is an interesting idea, as is holding aloft a white flag just as serious hostilities are about to begin. What he would have made of the resulting indiscriminate German slaughter of certain sections of the UK's society (I'm sure you know what I mean), he didn't say.

Jezza does have some very bizarre heros.