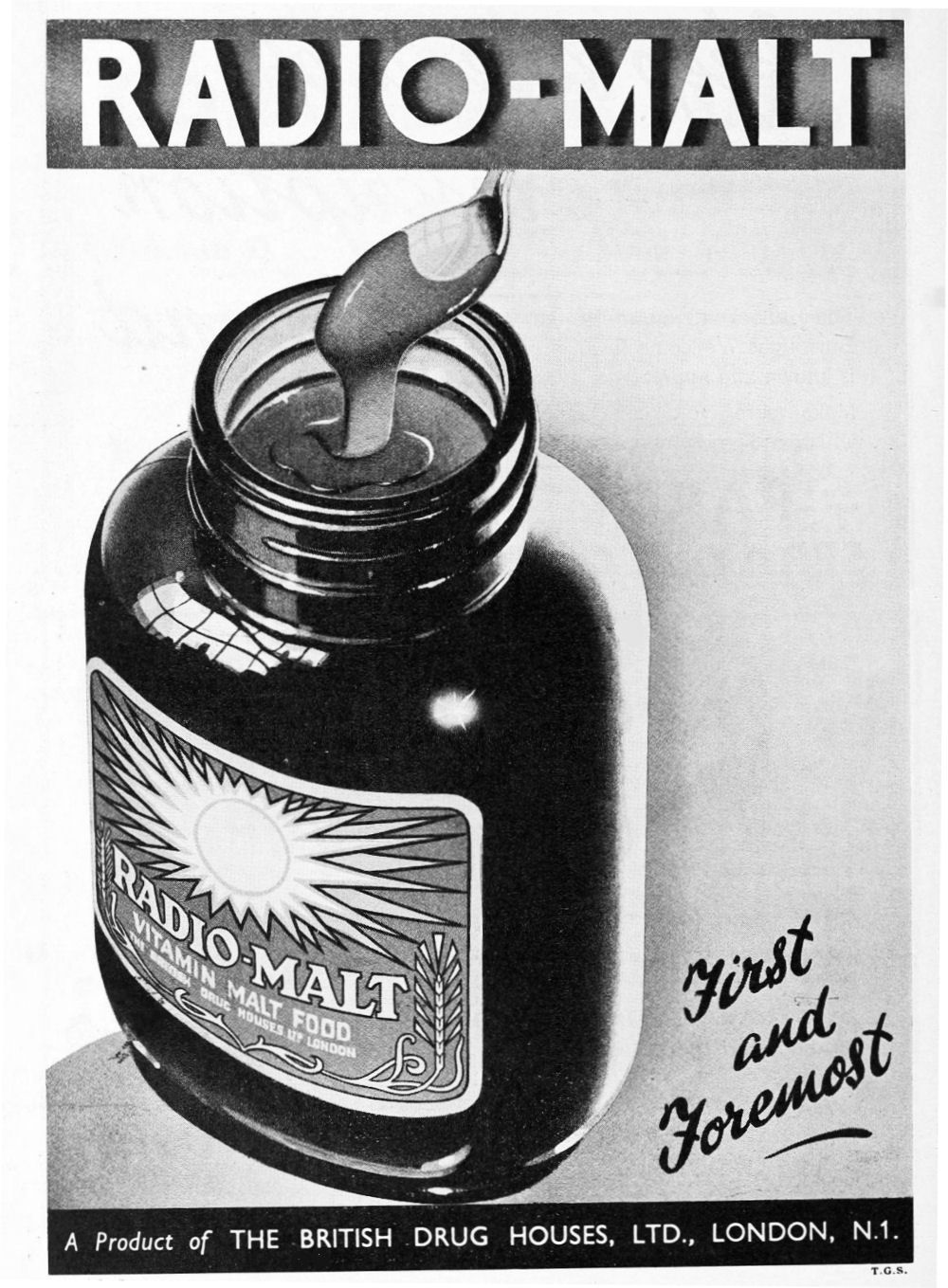 Today's world is very strange, but in many ways mine was much stranger. Here are just a few examples.

When I was small, you could enter a shoe shop and look at X Ray images of your own feet through bizarre Dalek-like machines. Certain children had their fingers painted with foul-tasting liquids, to stop them biting their nails. But strangest of all was that many were given giant spoons-full of Radio Malt to give them energy (I think).

Radio Malt was a bizarre product. On reading about it recently, it seems to have been primarily found in post-war boarding schools where is was issued to make children Rounder Stronger and Bulkier. Parents supplied their own giant jars of this horrible vitaminised Gloop. It was sickly sweet, with a taste somewhere between Molasses and Treacle. It's consumption was overseen by the school Matron (or similar).

I am pleased to say that I was NOT a partaker of Radio Malt, but many of my fellow school friends were. I wonder if they still have any teeth?