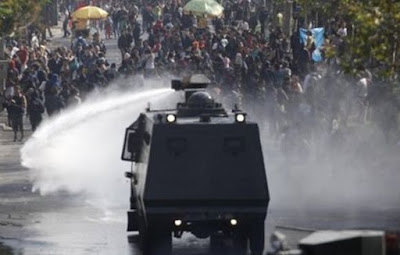 In 2014, when Boris was Mayor of London, he purchased 3 second hand German Water Cannon, after rioting Anarchist mobs had left parts of London severely damaged.

He paid £320,000 for their purchase and renovation, but their use was instantly banned by Theresa May, and they remained, unused, in storage.

Now that we have a Socialist Mayor of London, a certain Mr Sadiq Khan, they have been sold for scrap for just £11,025.

Personally, like Boris, I think a good soaking of unruly rioters is quite a reasonable method of crowd control; but the snowflake generation think not. Maybe there should have been a referendum on their use.