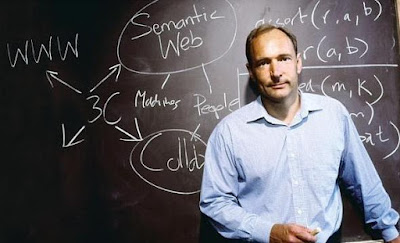 Sir Tim Berners-Lee developed his WWW in 1989, and since that date has seen his genius invention become one of the world's most controversial.

Inventions can never be uninvented. We are now stuck with it. Personally, I find all my own uses for the net to be extremely handy (Email, blogging, on-line newspaper, Picasa 3, etc). The sites that cause so much controversy don't interest me. I do use 'facebook', and since my recent drastic thinning of several so-called 'friends' (mostly selfie addicts), it is now simply a vehicle for the exchanging of news, and photos; with real friends and family.

Sir Tim, I believe, gave his invention to the world, with no patent or royalties attached; others, of course, have made huge fortunes from his gift to the world. His only regret seems to have been the use of the two forward slashes, which he now says he would have changed.

Tim's latest project is to establish an international 'Contract for the Web'. This will invite both Governments and Internet Companies to adopt a set of ethical standards. Sounds a little like closing the stable door, after the horse has bolted, but good luck.

Only time will tell.