Remembrance Day: Lest we forget. 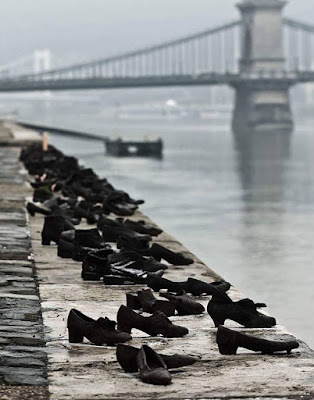 Today is Remembrance Sunday. Exactly 100 years since the end of WW1, and at 11 am we shall remember the dead by holding a two minute silence. Of course there now remain no more ex-combatants.

Now we tend to remember the 'old soldiers' from World War 11, where there were so many outrages committed, that it is difficult to highlight just one.

However, one that is very little known is that of Budapest, where Jewish women were taken by the Germans to the edge of the Danube, told to remove their shoes, and were callously shot. Their bodies falling into the river below. Around 20,000 women were murdered this way.

Artists Can Togay and Gyula Pauer have created this memorial (above), consisting of 60 pairs of cast-iron shoes, so that those poor tragic Hungarian women are never forgotten.

On 'Remembrance Day' we tend to think mostly of the British and Commonwealth soldiers who died during the two world wars, but there were countless more victims from other nations who also deserve to be in our thoughts.

Those poor innocent women are just one such group; victims of appalling, and senseless, German barbarity. 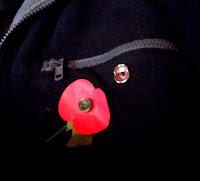 Let those victims (and their perpetrators) never be forgotten. RIP.