This past week's news! 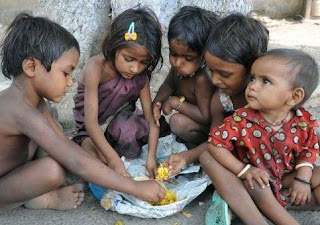 Professor Philip Alston is a UN special 'Rapporteur', who has recently described the UK as being poverty stricken and lacking in human rights.

He claims that 14 million people are living in 'extreme poverty'; no doubt he's encountered them living down sewage pipes, or under piles of Autumn leaves (if they're lucky).

Another recent report claims that there are 55,000 problem school-age gamblers (11-16) in the UK. In all, 450,000 children regularly gamble; betting an average of £16 each week. And these, I imagine, are just the poverty stricken ones.

Meanwhile, chip shop owner, Philip Suhadolnik of Darlington Co Durham, cannot find anyone to work for him. Several have been offered jobs, but simply failed to turn up. They prefer to live on their generous benefits (presumably down their cosy sewer pipes) than actually go out to work.

Back to Alston and his claim of poverty. All so-called poverty is comparative. In the UK, these hundreds of thousands of 'poverty stricken' children can afford to gamble £16 a week, probably own a smart phone, a laptop, and an X box, and maybe manage to afford a few lines of Columbian marching powder at the weekends. This can hardly be called 'poverty'. In fact it is an insult to children worldwide who really DO live in poverty; by which I mean they have NOTHING, and struggle to find something to eat, like the Indian street children in the photo above..

Of course there are people in the UK who are, without question, living below an acceptable financial standard; there always will be. Austerity (or what I prefer to call 'good housekeeping') has meant that some have had their hand-outs reduced. But please, Alston, don't write silly reports to the UN saying that the UK is a country gripped in extreme poverty. You, and I, both know, it simply isn't true.

According to the IMF, the UK is the world's 5th (or some say 10th) largest economy.

p.s. I now see that Ms Denise Coates, the boss of Bet365 (a major UK on-line betting site), has an annual salary of £265 Million. And who said gambling doesn't pay?