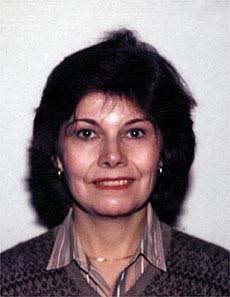 My old mate Jock Veitch was a journalist, and at one time in his career had been a medical writer for The Star newspaper of New York. It was through this mutual role of medical correspondent that he had met, and became friends with, Kristen White (above).

I, myself, met Kristen several times at Jock's house here in France, spending wonderful evenings sitting beside her at dinner. She was a charming, attractive, and fascinating woman; the perfect guest at one of Jock's regular drawn-out gastronomic soirées. We became instant friends; she was the sort of person one warms to at once, and doesn't forget.

On the 11th of September 2001 Kristen was sitting in seat number 21C of United Airways flight No 93; her aim was to fly to San Francisco; in fact her life ended in a field in Shanksville Pennsylvania at 10.03 am, at the hands of al-Qaeda terrorists.

It is thought that the terrorists had intended to crash Flight 93 into either The Capitol or The White House. There was a scuffle on board between passengers and terrorists (I like to think that Kristin did her bit), and the terrorists decided to abandon their vile mission and simply crash.

17 years have now passed, and I continue to think of poor Kristin. Her life was not intended to end like that, nor were those of the other 3000 innocent victims who also died that day.

RIP Kristin. Our paths crossed only briefly but you left your mark, and I think of you often. Cro xx