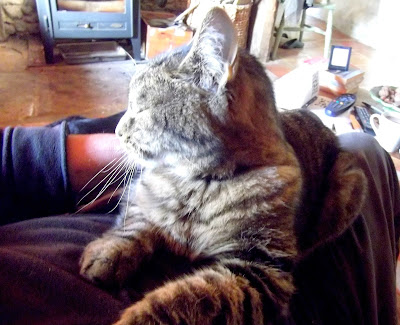 The woodburner is belting out heat, and it's very slightly snowing. We've just settled down to a mince pie and cup of Lapsang, and Fred is sitting on my lap; purring away.

Bok is lying uncomfortably somewhere underneath (or wrapped around) Lady M, and we are watching a fascinating programme about the English Channel on TV.  Cosiness doesn't get much cosier. 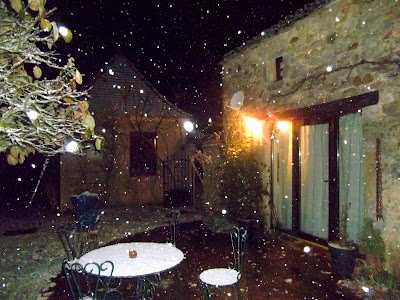 This (above) was the scene outside, an hour or two later. No-one had told us it would snow.