2017 began with a long period of sub-zero temperatures, and occasional rain; -6 C was not uncommon during January. 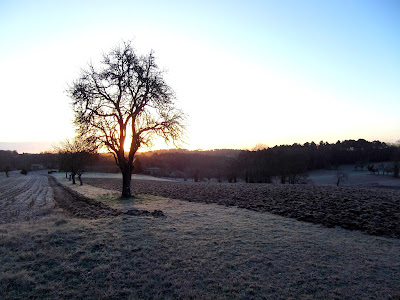 January, of course, also saw the inauguration of President Chump; some were happy, others were not, division between the USA's left and right has never been greater.

In mid-February Lady Magnon left for Australia in anticipation of the arrival of our new grandson. Boo Boo Minor (Micha) was born on March 22nd, and in line with tradition I planted an apple tree to mark the day. Then in late March all my children and grandchildren managed to get together in Australia for a family Jamboree and celebration. 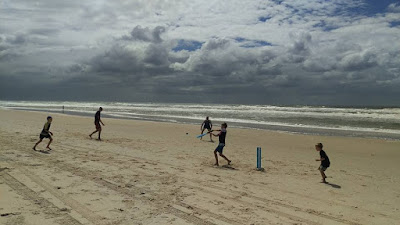 Cricket was played, Koalas and Kangaroos were stroked, and even venomous snakes were handled (by mistake). I stayed behind to look after Europe, and especially our wee corner of it.. 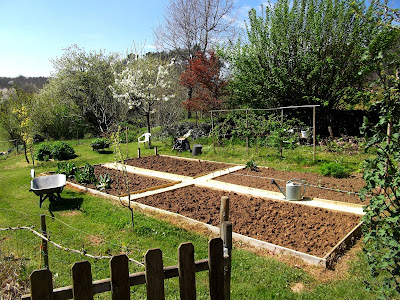 Early April seems to have been glorious almost everywhere, and here was no exception. Once again I ignored the fact that frosts can be expected until mid-May, and Haddock's was planted-up regardless. I crossed my fingers, and prayed. The new cruciform layout at Haddock's can now be seen on Google Earth; oh yes!

We did, in fact, have a couple of nights of frost, and the Vines and Walnut trees were nipped; but not my veg' plants. 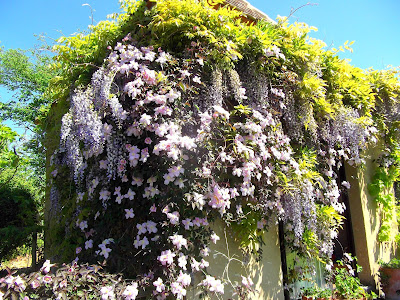 It was an exceptional month for flowers, and the 'tower' was covered in the most amazing display of Wisteria and Clematis; which is exactly how I'd originally planned it. 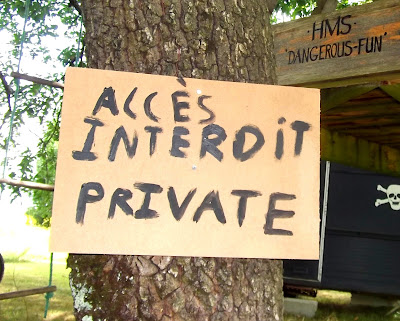 We had expected Summer 2017 to be quiet (last year was the opposite); but it wasn't to be. This otherwise peaceful little outpost became as animated as anywhere else. Friends, family, and a near neighbour's business ambitions kept us on our toes. The boys loved their new 'headquarters'; they even threw a very successful dinner party!

Weather-wise, Summer was a bit hit-n-miss. Had it been non-stop heat I would now be complaining, so a little bit of everything probably suited us quite well, although I expect we moaned at the time.  I should also mention that the pool remained crystal clear all Summer long; fellow pool owners will appreciate my relief on that score. 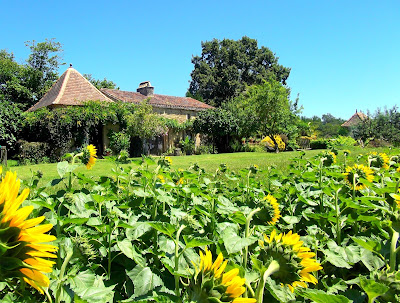 So, to round off, it's been a strange year. The UK's Marxists showed their nasty faces at the General Election in early June. Gullible adolescents were given ridiculously false hopes, and amazingly they actually fell for them. It could all have gone so very very wrong. Politically the Brits have a lot to be relieved about, and grateful for; the Yanks were not so lucky. The prospect of seeing the UK as a 'Cuba without the sunshine' is always present; we live in dread. 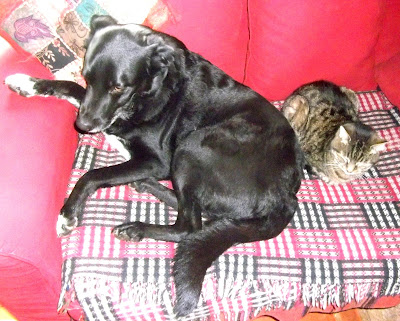 I'm also pleased to report that the two other members of our family are getting along just fine. They are (at long last) quite good friends.

We will remember 2017 for many things. Kim Jong-Un's juvenile nuclear threats, Hurricanes, and the Las Vegas massacre being just a few. Planet Earth is a very strange place sometimes. In our own tiny sphere, we've had to come to terms with the prospect of having some ridiculous holiday village planted right on our doorsteps. I despair! 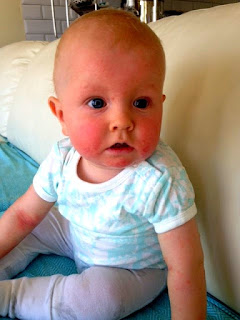 I can't sign off without showing you a photo of the newest Magnon. Here he is, the delightful Micha Magnon. He and big brother Boo Boo get on very well together. What a cutie!

That's it for another year. It's been great conversing with you. Let's hope that 2018 will be kind to us all, and I look forward to another 12 months of merriment mayhem and madness.