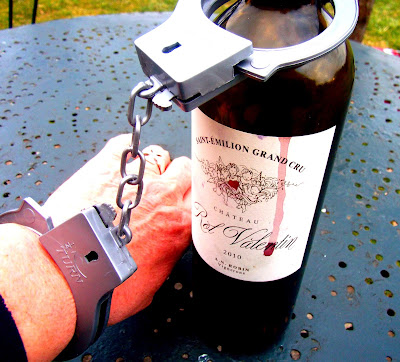 A couple of months ago I stopped drinking wine; or indeed any alcohol.

I did this because I felt that I was becoming too dependant on my daily bottle of Rouge, and thought that some time-off would be a good idea.

Firstly I should mention that, after a lifetime of drinking some alcohol every day, I found stopping just as easy as I did when I quit smoking over 16 years ago. Maybe I have more willpower than others, but it was certainly not the struggle one is always hearing about. One day I was drinking; the next not.

But one side of my decision has puzzled me. I believe that a bottle of red wine contains between 650 and 700 calories; about a third of a man's recommended daily intake. I weighed 15 stone when I stopped my drinking, and amazingly I still weigh 15 stone today. Not that my aim was to lose weight (I'm perfectly happy as I am), but I would have thought that after 2 months it would have shown-up on the scales.

I have given myself a year to see how I cope with the idea of no longer enjoying my daily consumption; maybe that will be extended to 'permanent'..... we'll see.