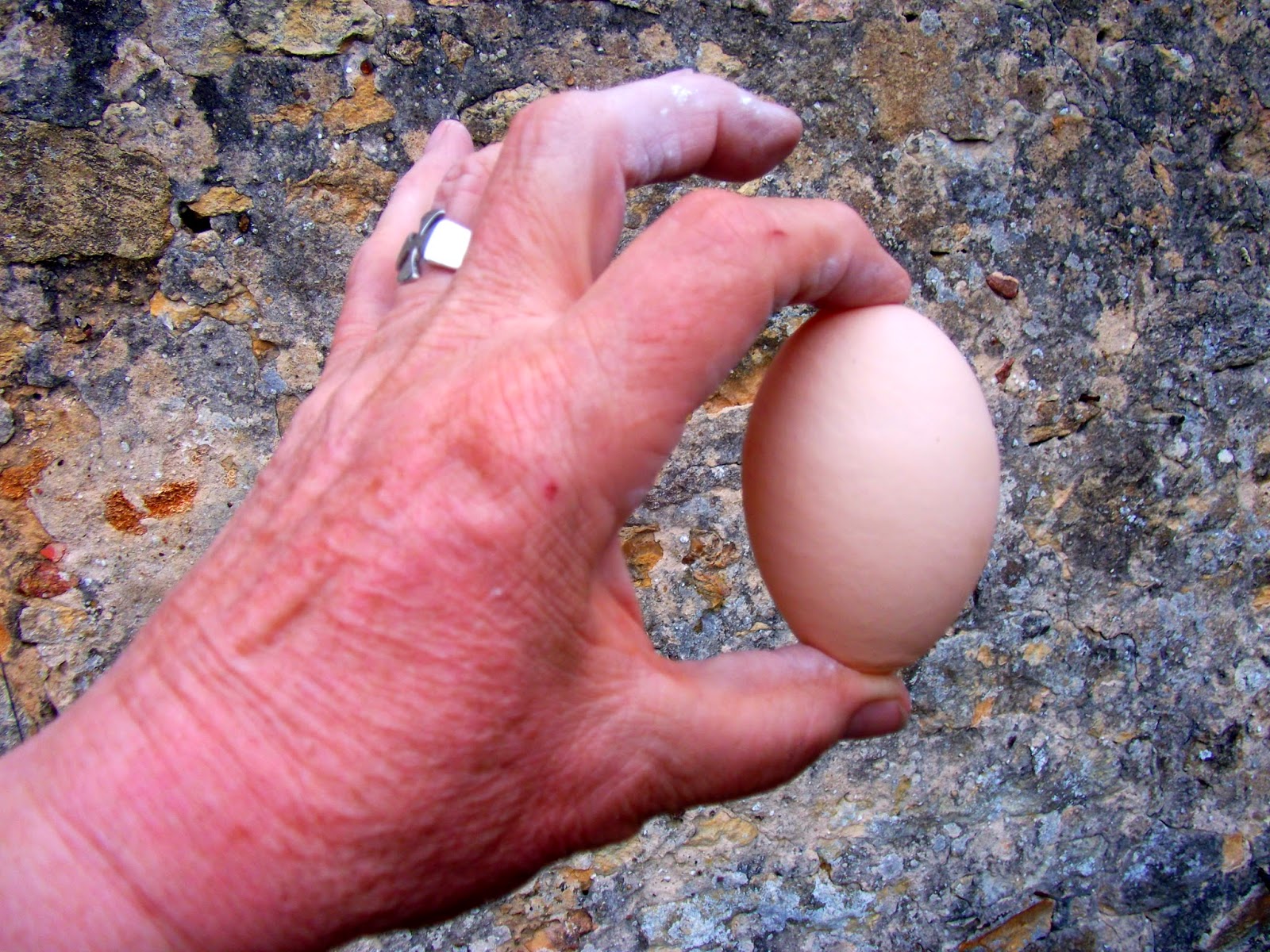 Richard obviously has an internal diary as her laying activities coincided pretty much with the advent of Spring.

We have had to separate her from the 4 newcomer 'Bimbos', because she became aggressive with them. Since then she has begun to lay an egg a day; the above of which is just one. The Bimbos haven't yet started laying; other than one soft-shelled attempt.

The above weighs in at 110 gms, and looks more like a Goose egg than a Hen's. It's a WHOPPER.