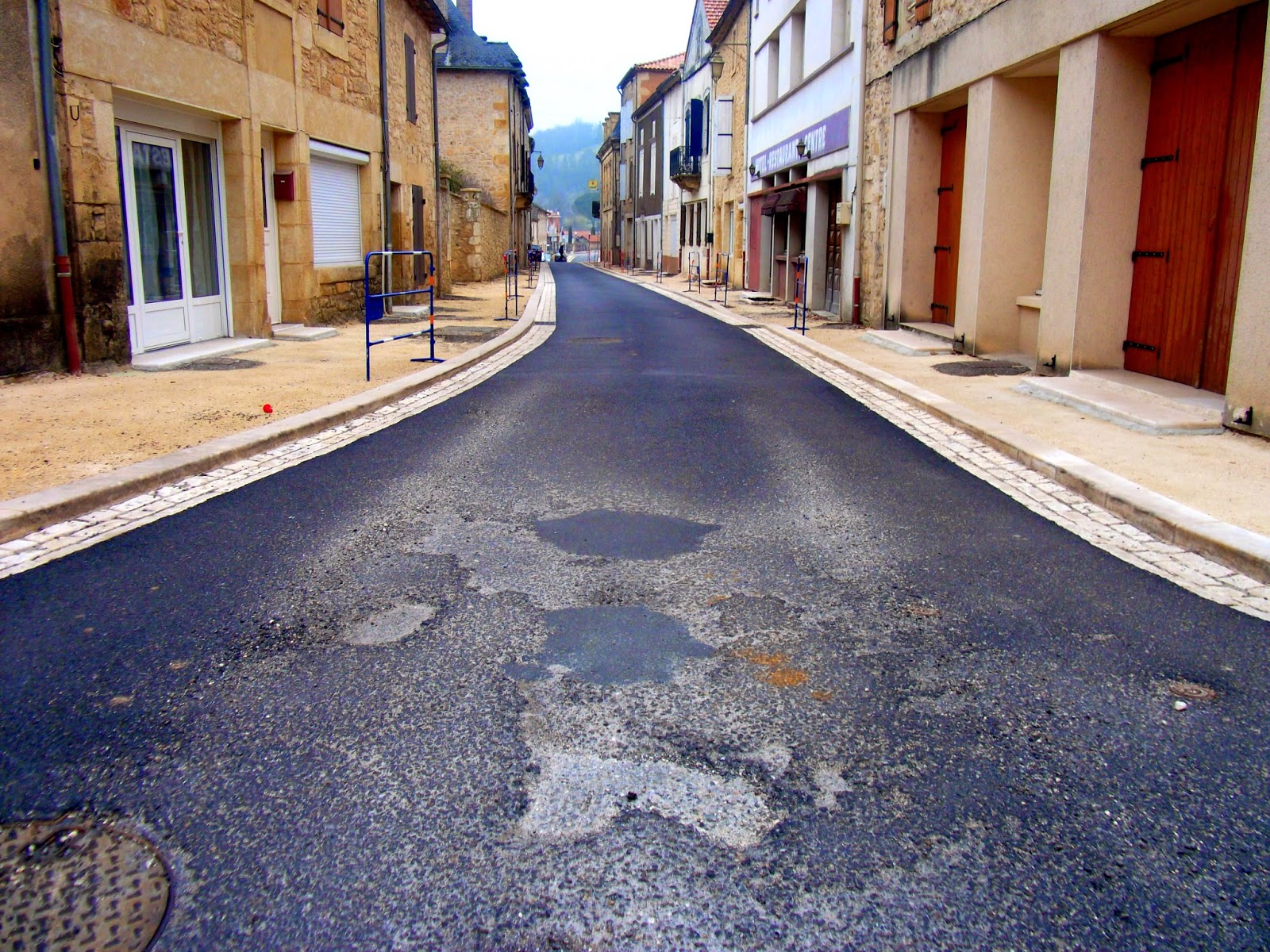 This tiny village, Sauveterre la Lémance, is about 8 kms from our house; I pass through it every time I go shopping.

Previously the road reached out sideways to the houses on either side. Residents walked wherever they wished, and there was enough width for two reasonably wide cars to pass each other.

But the town planners were not happy with this, they wanted pavements on both sides, and a road that would only take one car. Parking has also been restricted to a few designated bays. We now have to make sure that nothing is coming from the other direction in order to proceed.

So far they have spent an unbelievable 2 years on the work, and the pavements are still not laid.

Time, however, waits for no man, and already the wonderful brand new road surface is pot-holed and shabby. By the time they'll have finished laying the pavements, the road'll probably need totally re-surfacing.

I wonder how much it's all costing! There are two small shops in this street, I imagine they'll have to be compensated too; it's all been closed off for months.

It was so much better before; WHY do they do these things!

p.s. Some time I'll write about the village's museum, but that would be too much depression for one day.