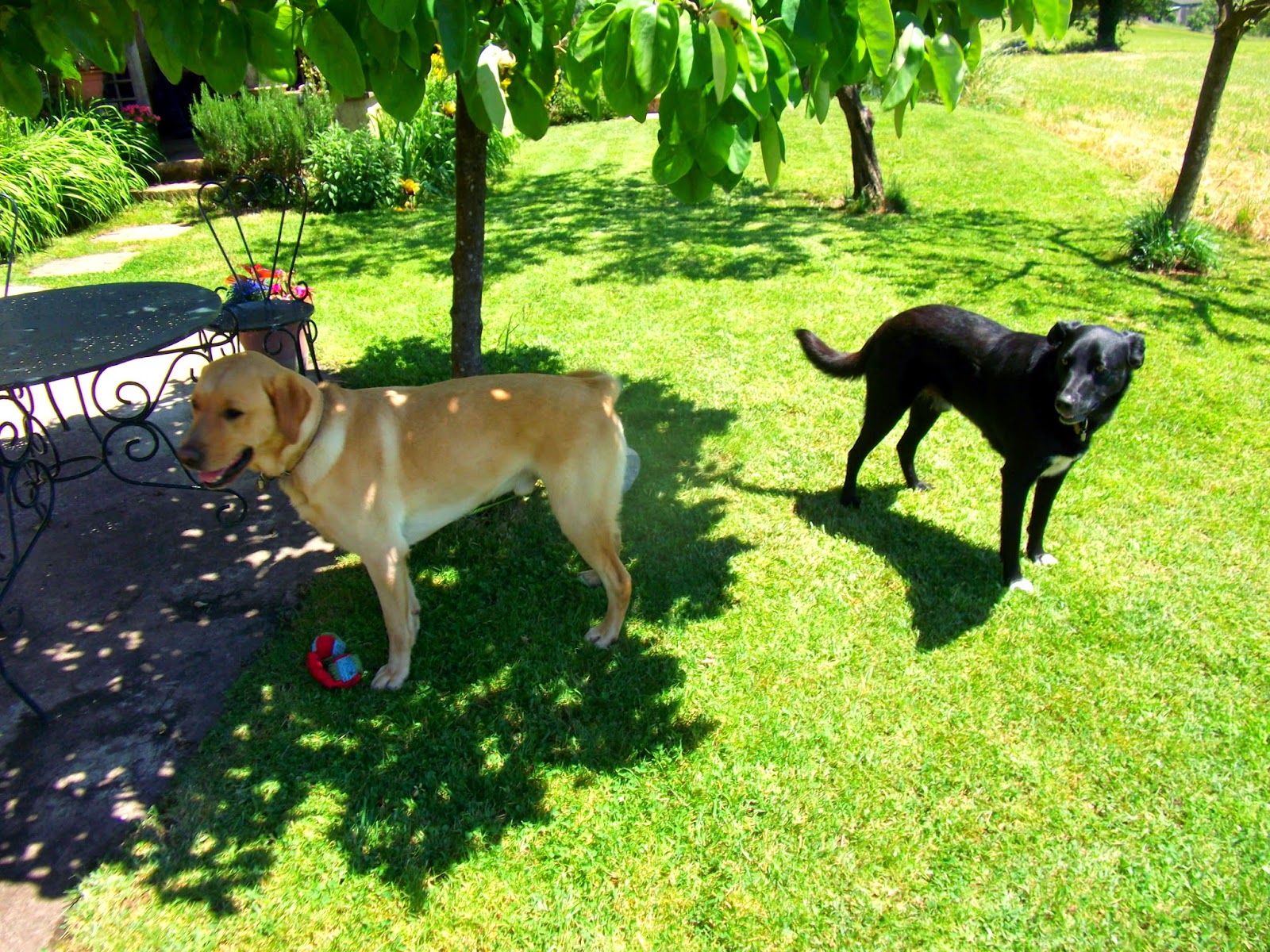 Dear old Monty, it's been exactly a month since we lost him, and we miss him terribly. We're almost over the tears and hand-wringing (Lady M less so than me), and I feel it's time to look back at his character in an objective fashion; the good and the bad.

He would never be told what to do by some inferior two-legged bloody human; no way!

He moulted for France, leaving a thick beige carpet behind him wherever he went.

He would eat all day long if allowed. Horse manure, rotten animal carcasses, my fingers, etc. Anything would do.

He knew every local compost heap by heart, and would inspect them every day (given the chance); and with certain neighbours putting their excess pasta and meat bones on their compost, this was fraught with danger.

As soon as one's back was turned he would run off; headstrong and devious in the extreme. Luckily we were able to keep this to a minimum.

He loved swimming and had two favourite indoor spots where he would later attempt to shake himself dry; in front of the TV, and in front of our nice new ivory-coloured kitchen units. Need I say more? 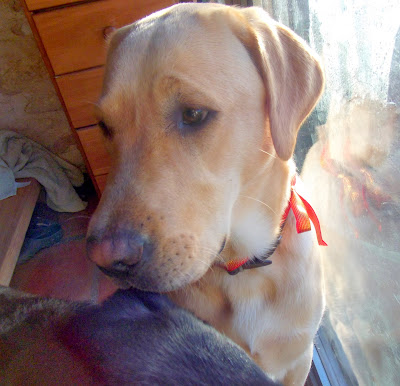 He was a beautiful looking dog, with a very strong individual character.

He loved everyone; especially children. He got on with all other dogs, and never uttered a menacing growl.

He was a real pleasure to have around.

He was a 'person dog', he thought just like a human. He would look, analyse, and act; no differently to you or me.

He was single-handedly responsible for us 'adopting' our other dog Bok. 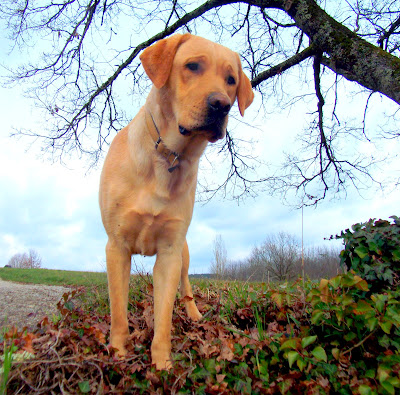 Monty was never what one might call 'affectionate', but during the last month of his life he suddenly began to lick my chin and neck quite vigorously; he would do it several times each day. I keep wondering if he wasn't trying to tell me something.