What's in a name! 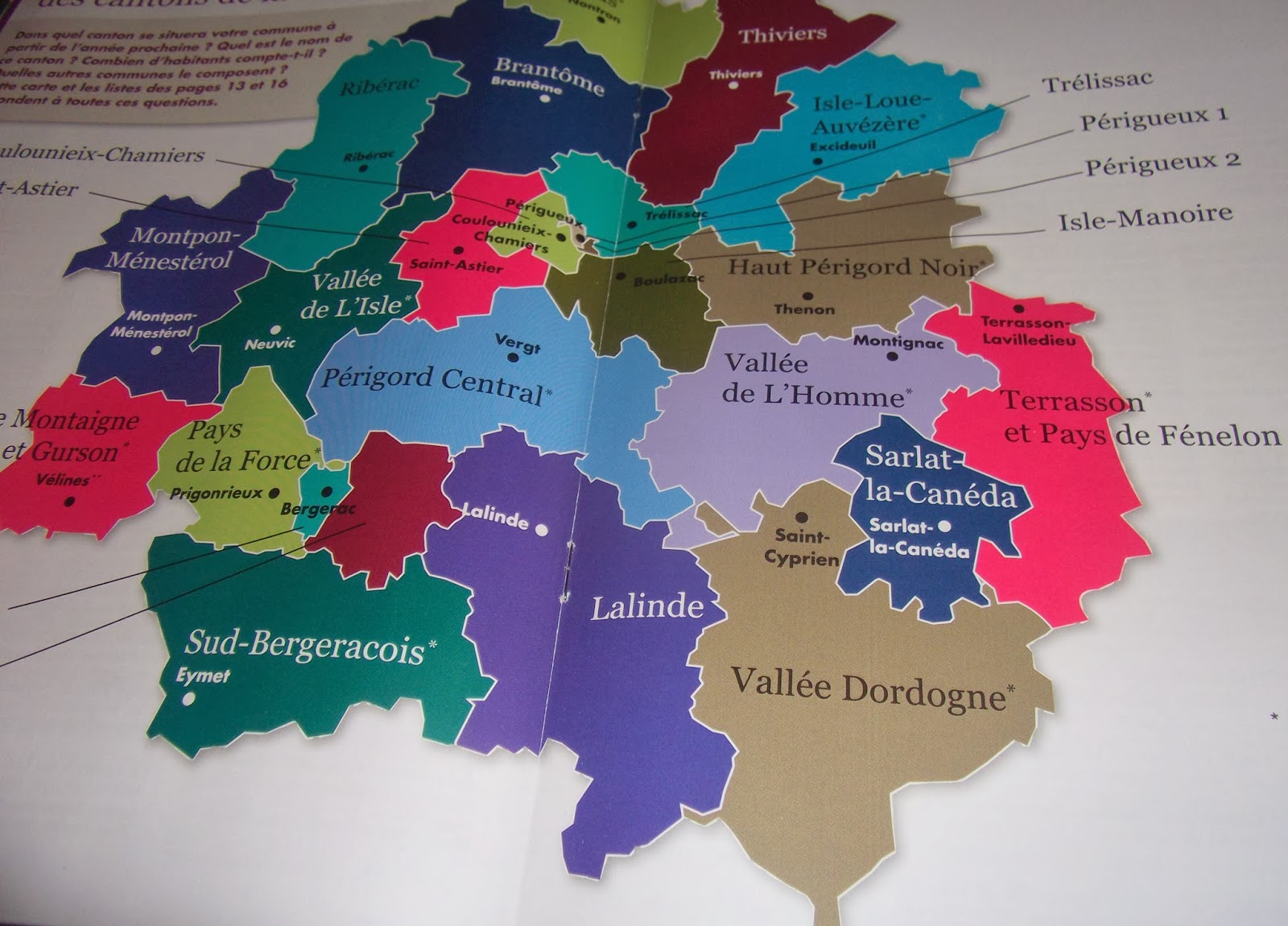 French (and most other) civil servants are wonderful people; their time is generally spent making life as difficult as possible for the hard working section of society.

Above all, they just LOVE to change things.

When I first moved to France in 1972, the area where I settled was known as 'Southern Périgord'; that suited me fine.

Not long after, it changed to 'Périgord Noir' (after the truffles), and I thought that sounded OK too.

Then it became 'Périgord Pourpre', but I had no idea why, and didn't care for it too much.

Now, in their infinite wisdom, they have changed it yet again to 'Vallée Dordogne' (bottom right in picture). Yesterday I received this newly revised map, which frankly leaves me dumbstruck.

So, if anyone now asks me where I live in France, I shall return to the name I originally used, and reply 'In Southern Périgord'; because that describes the area perfectly; only why the civil servants themselves haven't yet noticed that, I'm not sure!