Syria, a rug, and sectarian lunacy. 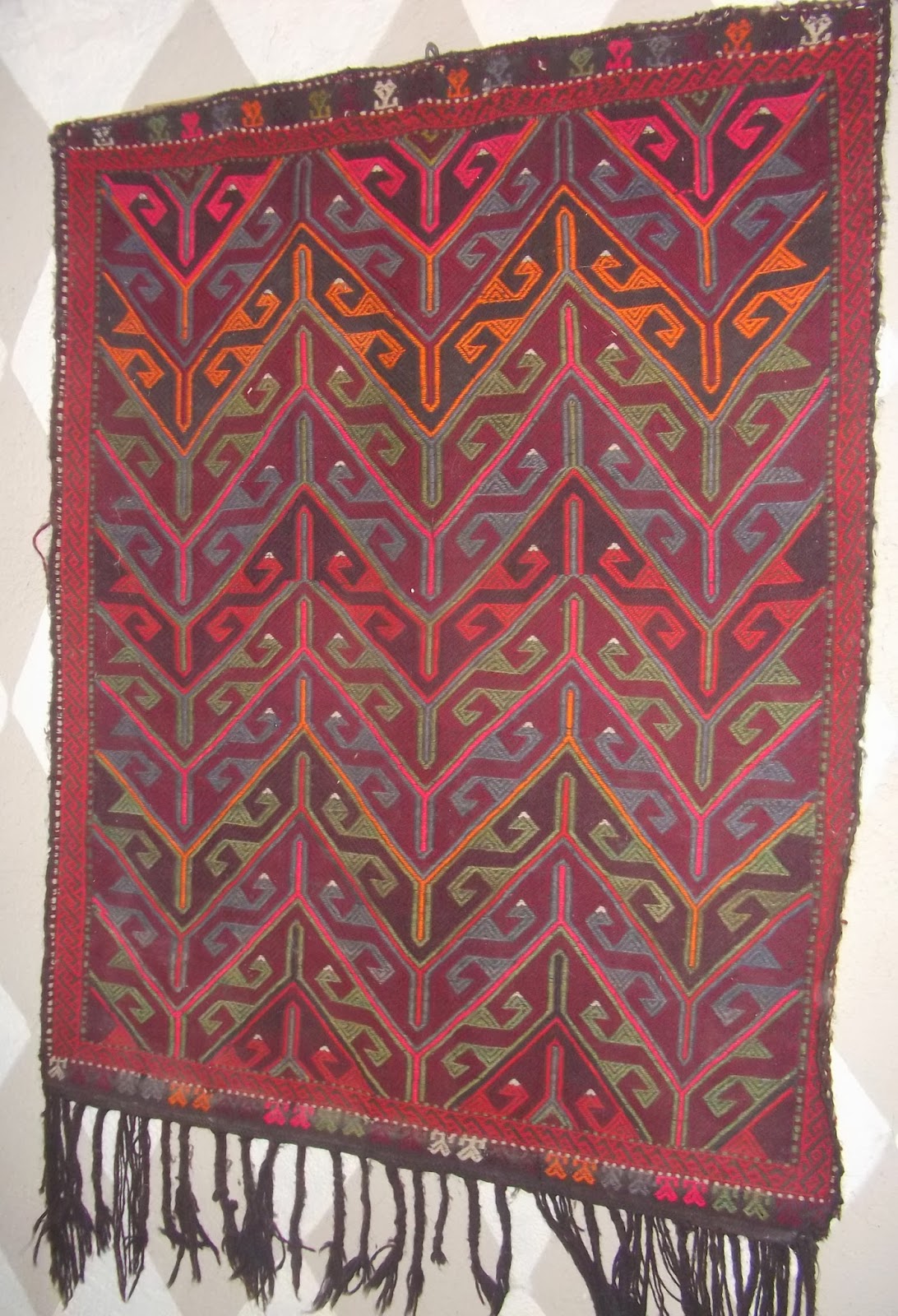 This rug appeared on my page a couple of days ago, so I thought I'd tell you of its history.

My late father-in-law's first diplomatic posting was to the British Embassy in Ankara. He had already been working in Turkey (as a dealer in fine carpets), so knew the language and most of the people of importance.

Many years later, after he'd retired, he used to return to Ankara and Istanbul as often as possible; driving around Turkey itself, and on down into Syria and Lebanon.

On one such trip, in about 1970-ish, he was driving through mountainous country in the heartland of Syria when he came across a tiny shepherd's cottage with the above rug hanging outside. He spoke to the lady and offered to buy her lovely handiwork; the price was just £5. She explained that she made just two each year and (provided that she sold them) the money was HERS to spend as she wished (whoopie).

Nowadays no-one in their right mind would make that trip. If one lot of loonies didn't get you, the other lot would.

I often look at that rug, and think of the horrors that are taking place on a daily basis in that once peaceful land; and with the recent publication of the photographs of all those poor dead tortured opposition fighters, the horror just becomes intensified.

Today I am even more disturbed to hear that Hezbollah fighters from Lebanon are to join with Hassad's men, and no doubt some of the Palestinian Hamas nut-cases will be along later to join them. The ISIL fighters, from Fallujah in Iraq, have already fallen-out with Al Qaeda, and in-fighting between all the various terrorist groups is rampant.

The west now seems to be happily supporting Al Qaeda, who are killing ISIL's Sunni fighters. Hezbollah have temporarily halted their terrorist activities against Israel, to concentrate on killing both Al Qaeda's and ISIL's men. And frankly the whole thing is not only a complete bloody mess, but also very difficult to keep on top of who's fighting who; and why!

It's a Muslim v Muslim nightmare. Thank goodness my father-in-law bought that rug when he did; one wonders if there'll be anyone left to make any more!