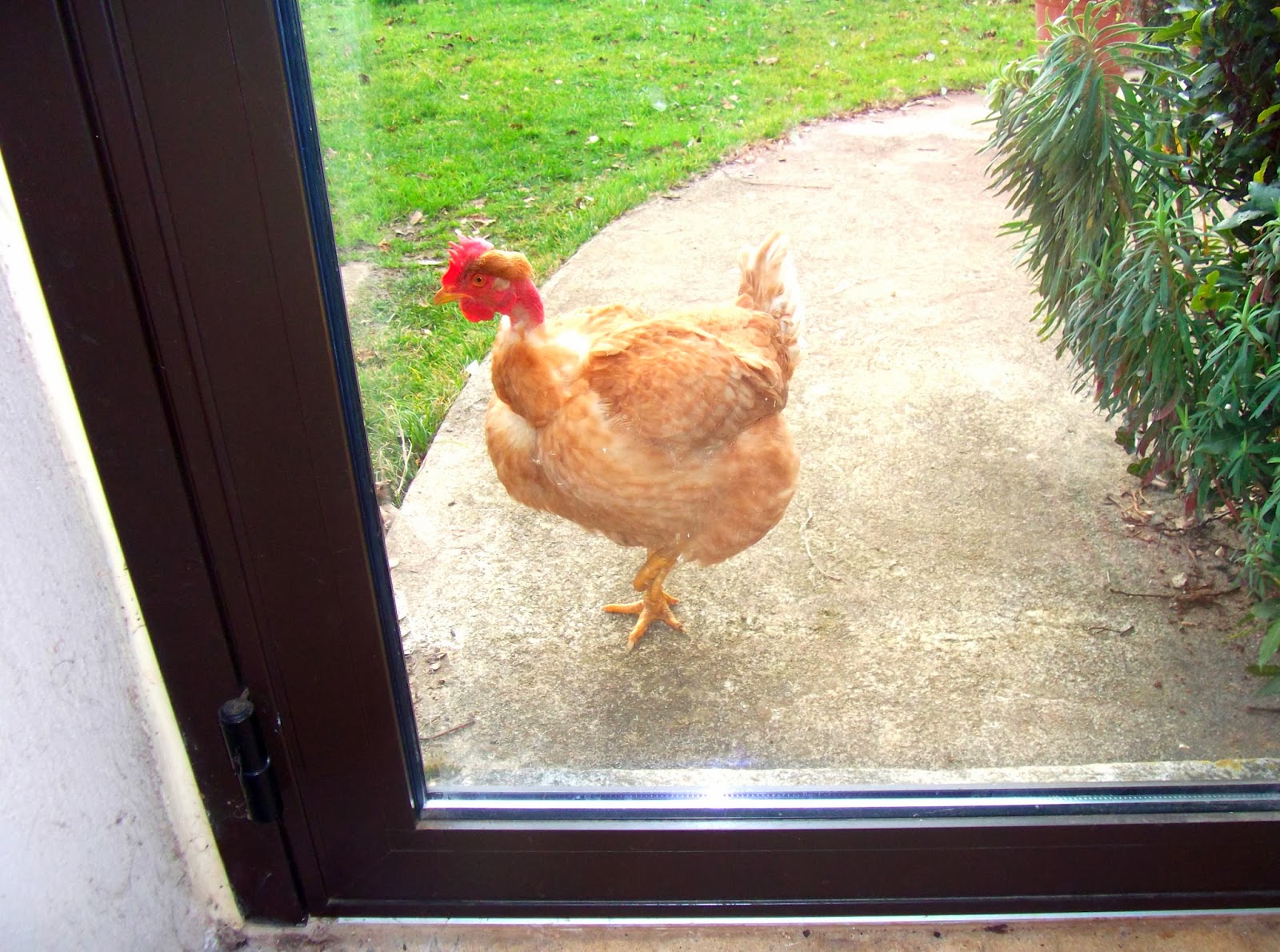 It seems that any animals can become attached to humans.

I was recently listening to a couple of Australian guys, on the radio, who (rather stupidly) bought a Lion cub from Harrods pet department and kept it in their Chelsea furniture shop. When the Lion became too big to handle it was shipped to Africa where, after acclimatising, it was released into its more natural home environment. When the two guys went back several years later, the Lion rushed up to them and demonstrated obvious pleasure at meeting up with them again, which I believed was filmed and has become something of a classic.

Dogs, of course, are well known for their loyalty and devotion to humans; Bok being a case in point. But I've not previously experienced a hen with such an attachment.

One of the Richards has started to follow me around. Whenever she sees me she runs up and almost dances on my shoes. She also comes to the house; presumably wanting to be allowed in (above she is outside our sitting room door).

I can't say that I feel any 'emotional' connection to dear Richard, but I do like that she thinks of me as a good friend.

Her side-kick, Asthmatic Richard, shows no such affection.