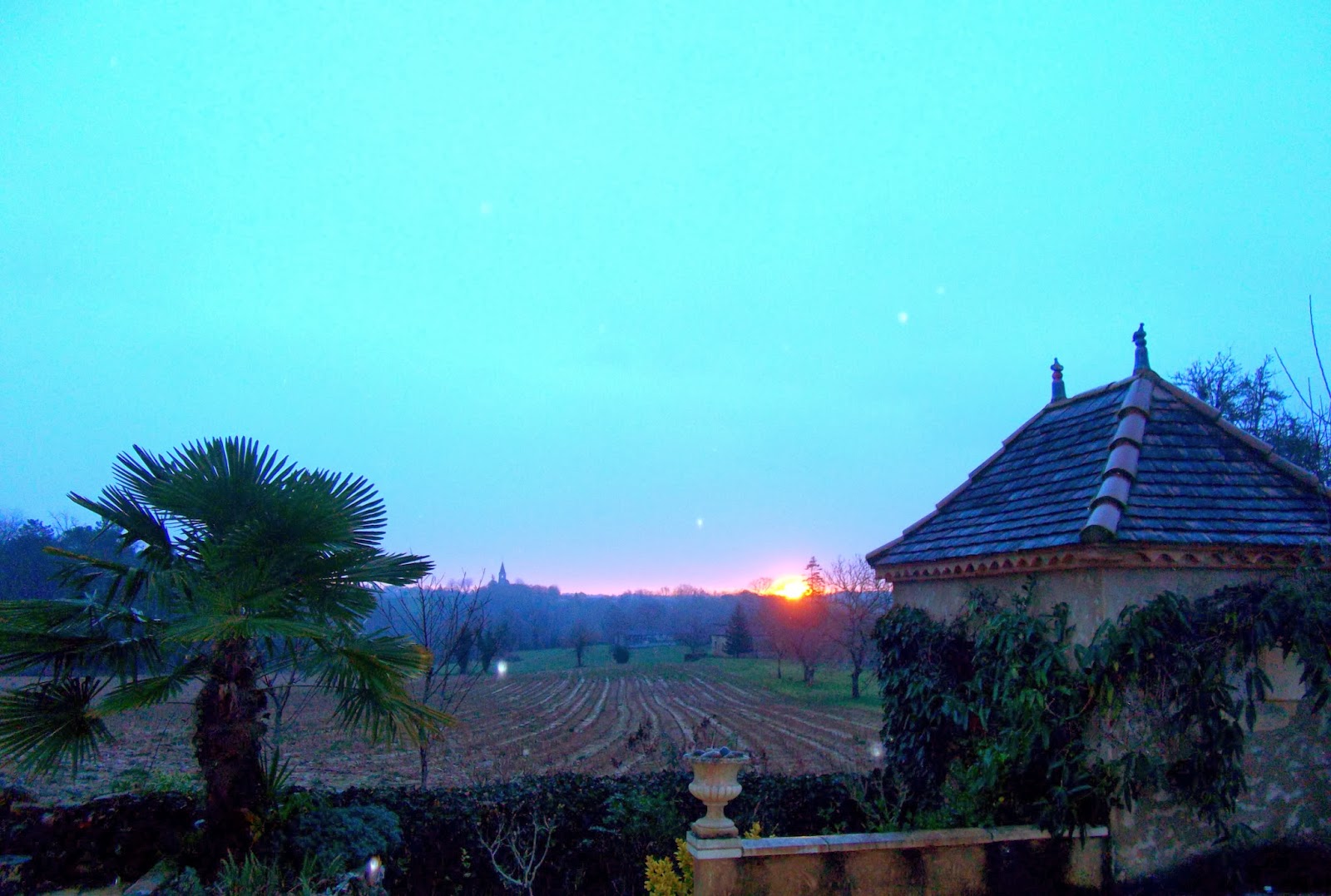 Most farmers would agree that a good layer of snow, and a few days of hard frost, is good for the land in general.

I think this picture, above, epitomises our winter. Before Christmas we had several days of frost, but since then it's been a mix of cool, sunny, occasionally drizzly, days, with wonderful sunrises and few causes for complaint.

Unfortunately mild winters can also cause problems for us country folk; one in particular, over here, being a sudden outbreak of Processionary Caterpillar nests in the pine trees. That white fluffy thing, below, is an instantly recognisable nest. 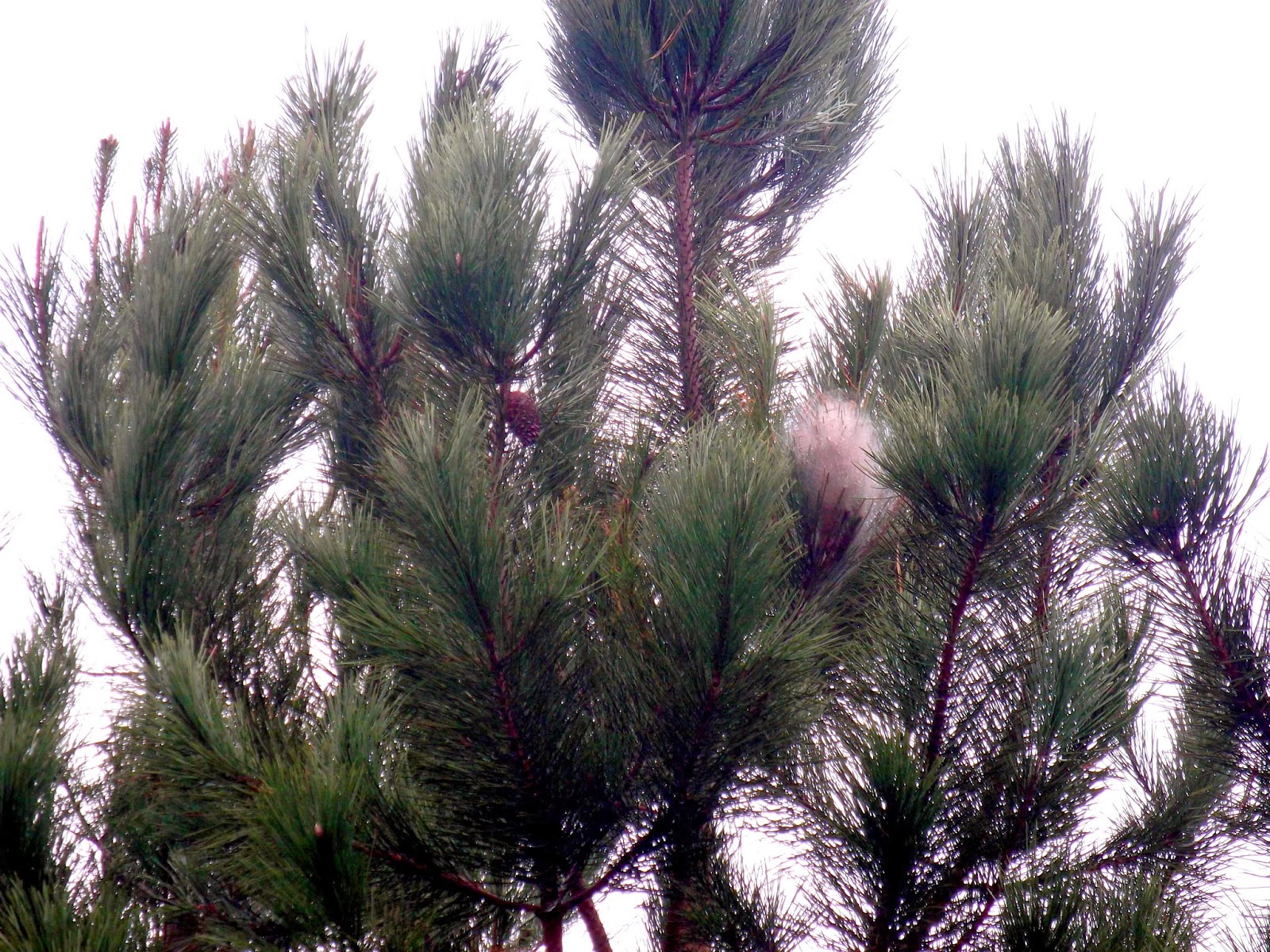 For those who don't know, these caterpillars are poisonous, and dogs are particularly at risk. Our own Monty encountered one (he probably tried to eat it) when he was less than a year old, and is now lacking about a quarter of his tongue.

Watch out for long lines of caterpillars crossing roads or paths, and DO NOT TOUCH. Even their tiny hairs can cause respiratory problems in humans, and in strong winds these can be almost anywhere.

We need a spell of -15 C or colder to kill-off these nasty, and little-known, pests; otherwise they'll be coming down from the trees towards the end of March, so be warned! It's not often I wish for cold weather, but a couple of nights of -20 C would be very welcome; not that it'll happen.

You can read more about this annual menace here.