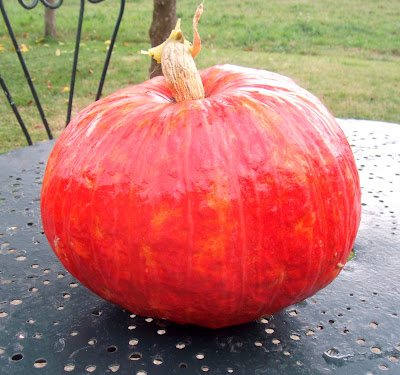 On the packet it said 'Giant Cinderella Pumpkin', so I was expecting the business.

I'd planned to hollow it out to make a two-roomed cottage; a little place to retreat to if times became hard. But what I got was hardly big enough for a mouse sized thunder-box.

I suppose, had I watered it throughout the long dry Summer I would have needed a fork-lift-truck to bring it back to the house, but I neglected it. I shan't bother again.

Poor Cinders wouldn't have got very far in this pathetic job; Pumpkin soup anyone?