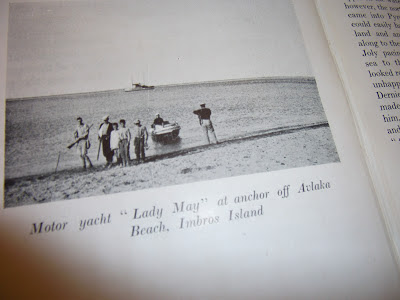 My late Father-in-Law was a British diplomat, and his first posting was to Ankara, Turkey. Here he is enjoying a weekend's Wild Boar hunting with his friend (and author of the above book) Edmund H Giraud. My Father-in-Law is the one on the left with shorts and hefty looking gun; the others are beaters, and crew from the yacht. 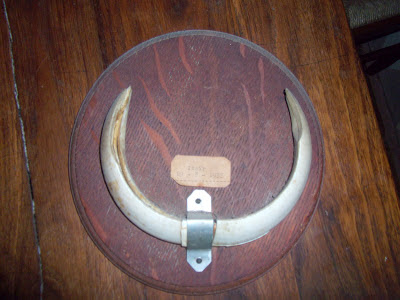 I have no idea how successful he was as a hunter (he never mentioned such trifles); we have just this one trophy from Izmir, dated 29th March 1935. He also did a spot of competition shooting at Bisley.

The book above is entitled 'Days Off, with gun, rod, and yacht around Izmir Turkey'. Before writing this piece I Googled 'Edmund Giraud' and was amused to see that his book ranks 3,362,823rd in Amazon's best (worst?) seller list.

With apologies to my late Father-in Law, but could there possibly be a LESS popular book?