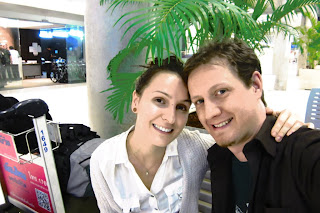 Wills, the youngest of the Magnon offspring, and his lovely girlfriend Kellogg, are now permanently installed in Australia.

Wills was born here in France, was educated in Blighty, and has lived just about everywhere that has exotic sandy beaches; he has now decided to settle in Oz. Originally he went to live in Melbourne, but the climate wasn't to his taste, so he's moved up to Byron Bay; the home of beaches, surf, and that relaxed Aussie lifestyle.

Byron Bay is one of the most northerly coastal towns in New South Wales, almost touching on Queensland on the East coast of Oz. For someone like Wills, it's much more his style. 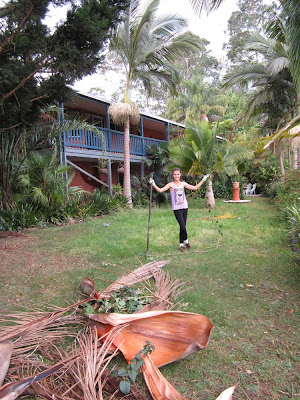 He really doesn't muck about when choosing somewhere to live. This house, above, is a classic, and they're already getting stuck into the garden, which (as you can see) really needs it. We spoke via Skype recently, and were given a guided tour. 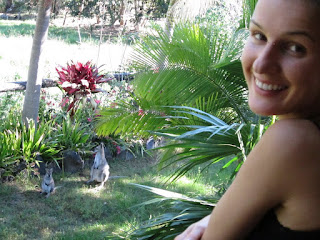 And, yes, they've also got Wallabies in the garden; well, it wouldn't be Oz if you didn't!

I've said before that I thoroughly approve of both Tenpin's and Wills's move to Oz, If I'd been their age today, I expect I'd do the same.

Anyone visiting Oz, and looking for useful addresses should consult... http://www.citywebguide.com.au. Just type in where you are, and it's all there.